According to reports from the Independent, Gary Medel was linked with a possible move to London outfit West Ham United in the recently completed transfer window.

Gary currently plays for Turkish club Besiktas in the Super Lig. He is 31 and has had a rather illustrious career of over 10 years.

He began his career at Chilean outfit Catolica U19 in 2006 before he was eventually scouted and signed by Boca Juniors, which is where he made a name for himself.

He joined La Liga side Sevilla in 2011 and has played in three of the world’s biggest footballing leagues since then. After his 94-game spell at Sevilla which lasted almost two years, he moved on to Cardiff City in England, where he was recognised by the fans.

He played 35 times for Cardiff City but was unable to find the back of the net. While scoring goals is not one of his strengths, he has tended to pitch in with important goals wherever he’s been.

After his short spell in England, he was eventually signed by Serie A outfit Inter Milan for whom he made 109 appearances, scoring once. He joined Besiktas at the start of the 2017 campaign and has played 68 times for the Turkish club. He is a solid defensive midfield player who likes to drop in behind with the two centre-halves if his team are defending a lot. His ability to move the ball and act as an anchor in the middle of the park is a skill that is fast dying in today’s footballing world.

He is a strong and fearless defender who is also capable of picking out some pin-point passes. With his vision and physical stature, he could have joined the Hammers’ ranks and really made the starting role his own. 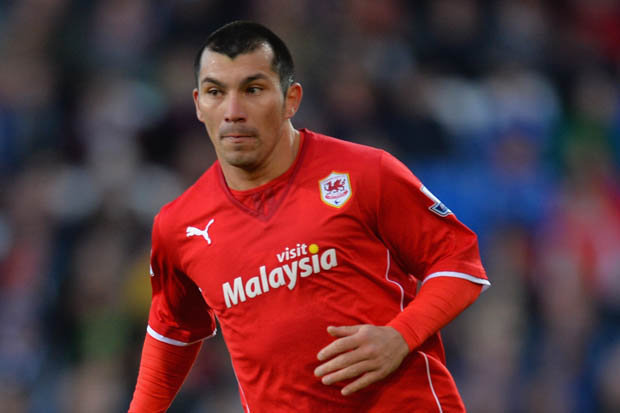 Declan Rice has really stepped up to the plate this season and with the exceptional form that he has displayed, the addition of a destructive player like Medel could’ve been the perfect move from Pellegrini.

Read More: Here’s why West Ham should ease their midfield woes by signing this experienced free agent on a short-term deal

As suggested by the report, they were keen on the player because they thought he would be available for free but as it turned out, he wasn’t. This should not stop the Hammers from trying to get their man in the summer as he could be a real asset to this team.