According to a report from The Daily Mail, West Ham are set to offer £9.5 million for Deportivo Alaves’ Chilean centre-half Guillermo Maripan in the summer.

The 26-year-old has a release clause in his contract, which makes him available for £21million in the summer and the Hammers are rivalled by Serie A giants Roma for his signature.

Maripan is enjoying an incredible season with Alaves, who are currently 8th in the La Liga table. His performances this term have been outstanding and he stole the show against Real Madrid when his side kept a clean sheet to win the game.

One of the biggest reasons why they have struggled this season has been their defence. The Hammers have kept just 6 clean sheets in 36 games this season and without the heroics of Lukasz Fabianski, that tally would’ve been lesser. 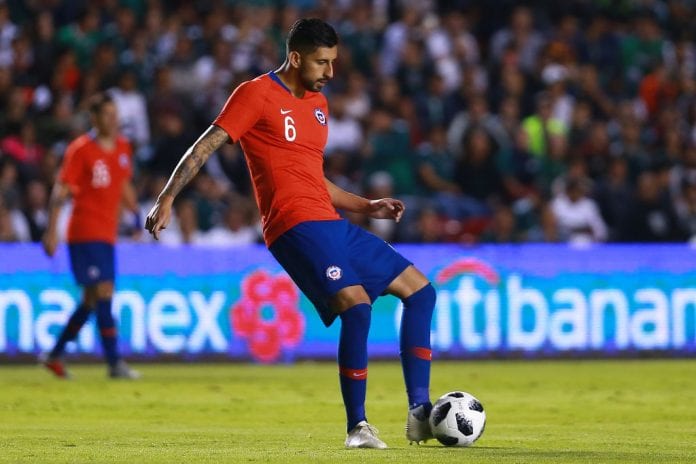 Manuel Pellegrini has an important transfer window ahead of him and he will need to get his transfers right to have any chance of achieving West Ham’s ambitions next season. A new central defender has to be a priority and Guillermo Maripan would be a phenomenal addition in the summer.

A colossal figure, standing at 6 feet 4 inches tall, Maripan has been a rock at the back for Alaves this season. The Chilean’s aerial prowess is obvious considering his height but his agility, despite his enormous frame, makes him a complete defender.

On the ball, Maripan is similar to Barcelona’s Gerard Pique. The 26-year-old has shown incredible calmness on the ball even when under pressure but without the ball, he is relentless with his pressure. His no-nonsense style of defending can be compared to someone like Sokratis Papastathopoulos, who like the Chilean loves a strong tackle.

He enjoys the physical side of the game, which would make him an ideal fit for the Premier League and West Ham will have a star in their defence if they manage to sign him in the summer.

A strong and commanding centre-half, who can dominate the opposition forwards is exactly what West Ham need at the moment and the addition of Guillermo Maripan would make a huge difference to West Ham’s progress next season.