Another week of Premier League action is past us and we get closer and closer to the business end of the season, but the table is so congested at both the top and the bottom, it is nearly impossible to guess which clubs will finish in the Champions League spots and which clubs will be relegated to the Championship.

The week started with Arsenal claiming a 2-0 victory over the in-form Hull City on Saturday and top-four chasers Manchester United defeated Watford by the same margin at the Old Trafford. Southampton thrashed Sunderland 4-0 at the Stadium of Light, whereas Crystal Palace’s misery continued with a 1-0 away loss to Stoke City.

West Ham United and West Bromwich Albion played out an entertaining 2-2 draw at the London Stadium, while Middlesbrough held firm to deny Everton a win as the match finished goalless at the Riverside Stadium. The shock result of the weekend came when a rejuvenated Liverpool side beat Tottenham Hotspur 2-0 at Anfield, putting a huge dent in their title hopes.

Champions-elect Chelsea could not take advantage of Spurs’ loss and stretch the lead at the top as they were held to a 1-1 draw by Burnley at the Turf Moor. Champions Leicester City lost 2-0 to Swansea City, in what was a potential six-point game in the relegation battle, heaping further misery on boss Claudio Ranieri. And on Monday night, Pep Guardiola’s Manchester City moved into second place, reducing Chelsea’s lead to eight points, thanks to a 2-0 win against Bournemouth.

In a week full of some exciting displays, let’s take a look as to who makes the cut to our Premier League Team of the Week for Gameweek 25:

The former Barcelona shot-stopper was in top form on Saturday against Everton as he pulled off a string of saves to keep the Toffees at bay to earn a very crucial point for Middlesbrough.

The Manchester United right-back had a great game against Watford as he defended solidly and was a great threat going forward throughout the match and was a constant thorn in the Hornets stride. Relentless performance.

The former Manchester United man put in an excellent display against league leaders Chelsea to thwart them to just a 1-1 draw. He won an amazingly high 83% of his duels on the night and played a big role in keeping Chelsea quiet.

The Swansea defender scored from a lovely volleyed effort in their 2-0 win over Leicester City and defended admirably to hold onto the clean sheet for the Welsh outfit. Mawson is emerging as a great piece of business for the Swans.

The winter window addition for Swansea scored the other goal of the night, hammering a powerful effort home past Kasper Schmeichel. Looked comfortable for the entirety of the match both in defence and attack.

The Argentine midfielder was instrumental for West Ham against Tony Pulis’ West Brom on Saturday. Lanzini played a part in the in the first goal for the Hammers and scored the second with a spectacular strike. Lanzini has become the creative hub of the team.

The Liverpool midfielder was at his best against Tottenham as he dominated the middle of the park for the Reds with his incessant pressing and bundles of energy. Laid the first goal for Sadio Mane with a sublime through ball.

The Spanish international caused all sorts of problems to the Watford defence in United’s 2-0 home win. His link-up play with his attacking partners was an absolute joy. Deservedly opened the scoring after getting into a great position. 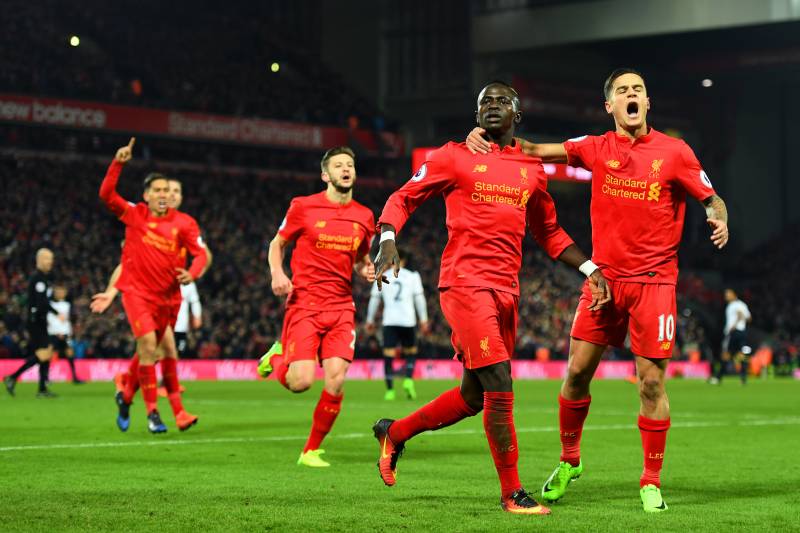 Showed what Liverpool were missing in recent weeks with a performance filled with lung-bursting fast running and clinical finishing. Showed great composure and did brilliantly to score the first goal after being sent through and created and scored the second with a fine effort.

The Frenchman looked like his past-self from the previous season as he laid siege to the Watford defence. Ran with great intent and purpose and made himself a nuisance throughout the day. Set up the first one for Mata and scored the second with a low driven effort.

What an impact the January signing is having for Southampton. Gabbiadini struck twice in 15 minutes in the first-half against Sunderland leading the Saints to a 4-0 rout over the Black Cats. He has now notched up three strikes in his two appearances for the club.