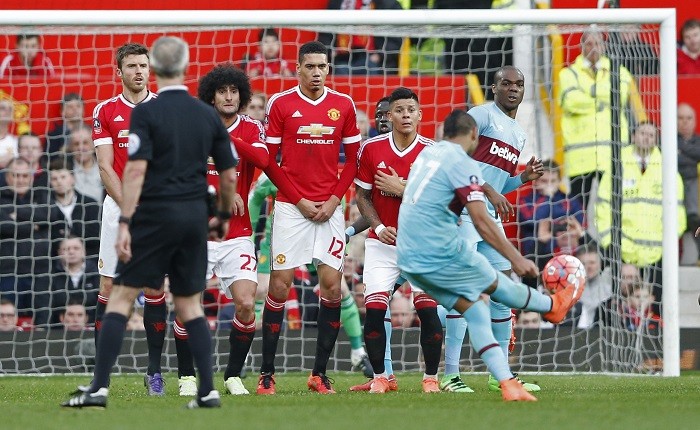 20-time Premier League winners Manchester United are being linked with a move for West Ham star Dimitri Payet in the January transfer window.

Payet, who had been revelation last season in the Premier League for the Hammers, has been in huge demand with plenty of clubs expressing interest in availing the services of the Frenchman, with the likes of Paris Saint-Germain, Arsenal etc., also being touted as his next destinations.

But if reports are to be believed, Jose Mourinho has made the French international his top priority and has already been in talks with the 29-year old to get him to move to Old Trafford. Fans though aren’t really excited to see Payet linked with the Red Devils and most are of the opinion that the Mancunians are better off without the former Marseille star.

He had a great tournament with the French national team at the Euro 2016 earlier this year, as the Les Blues made it to the finals of the competition only to lose the trophy to Portugal.

But things haven’t gone that well for the Hammers or Payet this season. Having had to sit out for the early part of the season, due to his involvement in the Euros, Payet had to watch from the sidelines as his team huffed and puffed in the Premier League without much success. His return to the team didn’t seem to have any effect on the fortunes of West Ham as they continue to languish in the bottom half of the season and could very well be involved in the relegation battle.

Payet has a cut a frustrated figure this season after having struggled to find his goal-scoring touch. He has scored on only one occasion this term in 12 appearances. However, the primary cause for his frustration has been a lack of support from his teammates. He has created the most number of chances (47) in the Premier League so far, but has registered only 5 assists, mainly due to the lack of bite in the Hammers’ attack. He seems to be devoid of motivation as was evident in the London derby against Arsenal last week.

So, it is natural that he is linked with a move away and along with United, most sides are interested in a player of his calibre.

But the fact of the matter is Payet is now 29-years old and will be turning 30 in March. While there is no doubt over his abilities, the Frenchman will come as a more of a stop-gap signing for the Red Devils, a short-term signing with just the near future in mind. Having signed a contract extension only in February this year, he will not come cheap. West Ham will try and get the maximum reimbursement for their star man. So Mourinho has to ask himself if the player is worth a huge amount of money, given that he may, at the most, play at this level for one or two seasons only.

Then there is the question of adaptability and suitability. Payet is someone who is used to be the main man at his team and have the manager build the team around him. But things will be much different at United, who have a plethora of big names in Zlatan Ibrahimovic, Wayne Rooney, Paul Pogba etc., beckoning the question if the Frenchman will be comfortable not being the biggest personality at the club.

Also, anyone who watches Mourinho’s teams, knows very well that he is someone who wants his wide players to work hard in defence. The Portuguese did not hesitate to sell Juan Mata, Chelsea’s best player over two seasons, due to his work-rate. And Dimitri Payet is not the most willing when it comes to putting his shift in defence. His work-rate is something that will not go well with the policy Jose has. Another reason why United need to think carefully before sanctioning a move for the Frenchman. 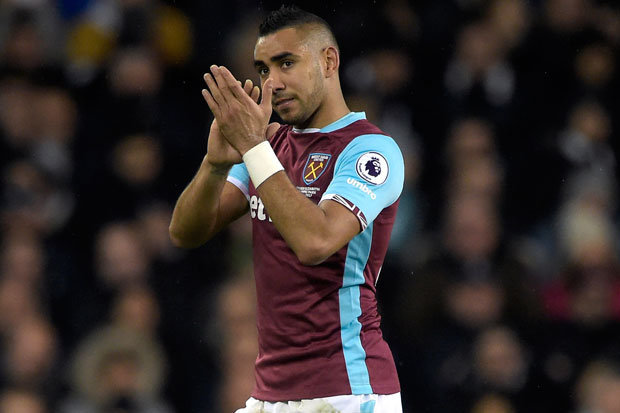 And then there is the abundance of talent that is already available at Mourinho’s disposal. United are very well stocked in the wide areas. Juan Mata has been their best player, playing on the right-flank. Henrikh Mkhitaryan has finally been given his chance and the Armenian, with every passing game, has shown his class and capabilities.

Manchester United’s leading goalscorer from the last year, Anthony Martial, is slowly regaining his touch and confidence after a slight struggle in the early parts of the season while Jesse Lingard remains one of the most hardworking players at Old Trafford. Throw in Marcus Rashford’s energy and enterprise along with a resurgent Wayne Rooney who has been played out on the wings as and when required, the Red Devils have a strong attack.

United’s struggles this season have been mainly due to their lack of clinical edge in front of goal and the late goals they have been conceding. The Red Devils have found it hard to close the games out this term. There has been hardly any shortage in chances being created going forward.

So, do United really need to splash out a huge sum of money on Dimitri Payet when they have enough firepower in the wide areas? Probably not. Maybe Jose needs to pay heed to the voice of the fans and refrain from bringing in the French attacker.