Why signing Juan Quintero will be a shrewd move by Tottenham

The cadence of the transfer season has been subdued by the buzz of the ongoing World Cup in Russia. Several lesser-known players have come into the limelight by performing spectacularly at the World Cup, whereas many renowned superstars of the game have failed miserably to justify their reputation.

Clubs and their scouting networks are closely monitoring the mega event in Russia to look for potential signings and Tottenham Hotspur are no exception.

Spurs, who have emerged as an admirable force under Mauricio Pochettino, are reportedly plotting a swoop for Colombia sensation Juan Quintero. The 25-year-old attacking midfielder is enjoying a great World Cup campaign, with one goal and an assist in two outings so far.

Although he has failed to settle at Porto, who have loaned him out several times, Quintero has managed to make his mark at the World Cup.

He scored a sublime goal from a free-kick against Japan in their opening match of the tournament, which they lost, before making his presence felt once again in Colombia’s second game as he provided the assist for Radamel Falcao’s goal in the 3-0 win over Poland.

Spurs already have a blistering attacking line-up at their disposal. While Harry Kane leads the line for the Premier League club, the likes of Christian Eriksen, Dele Alli and Heung-min Son offer their presence in and around the box to create opportunities for their talismanic centre-forward on a regular basis.

Erik Lamela and Lucas Moura bring depth to their attacking third and hence, the addition of Quintero might be viewed as a fancy move for Tottenham.

Quintero is currently on loan at River Plate, who are expected to sign him permanently and have a €22m release clause inserted in his contract. 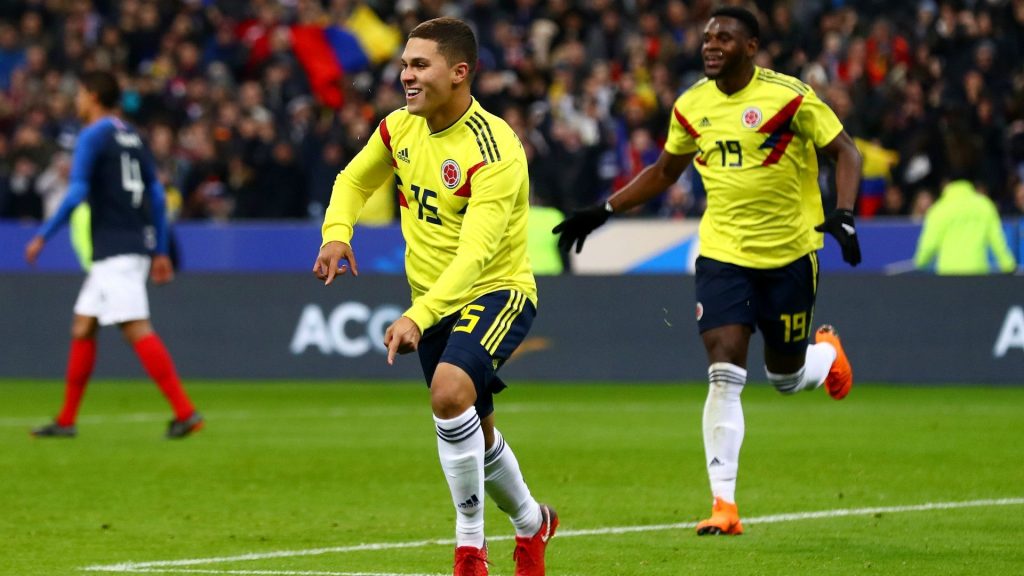 The low asking price makes it a risk worth taking as the player has immense potential to flourish. He needs proper guidance to take his game to the next level, and Pochettino might be the right man to develop him at White Hart Lane.

But Tottenham must act fast if they want to rope him in as Spanish giants Real Madrid are also reportedly keeping tabs on the Colombian, who has shone for his nation at the World Cup.