West Brom were held to a 1-1 draw by Norwich City at the Hawthorns in the Championship on Saturday.

Dwight Gayle, who returned from injury, gave West Brom the lead in the 12th minute with a predatory strike but the Baggies were denied all three points by Jordan Rhodes’s equaliser seven minutes from time.

Rekeem Harper made his first league start, lining up alongside veterans Gareth Barry and Chris Brunt in the midfield. And Harper settled down into the game very quickly as he burst with pace down the right that received appreciation from the Hawthorns faithful.

West Brom pressed Norwich City from the first minute and won tackles higher up the pitch. And the early sustained pressure paid off as Gayle put the Baggies’ noses in front in the 12th minute. Mason Holgate sent in a delightful cross towards the near post from the right and Gayle got in front of his man to steer home from six yards out.

After the goal, Jay Rodriguez sent his effort narrowly wide before Hal Robson-Kanu fired off the target as West Brom looked to double their money. It took until the half-hour mark for Norwich to threaten the hosts’ goal, when Sam Johnstone produced an acrobatic reflex save to deny the in-form Teemu Pukki’s header. 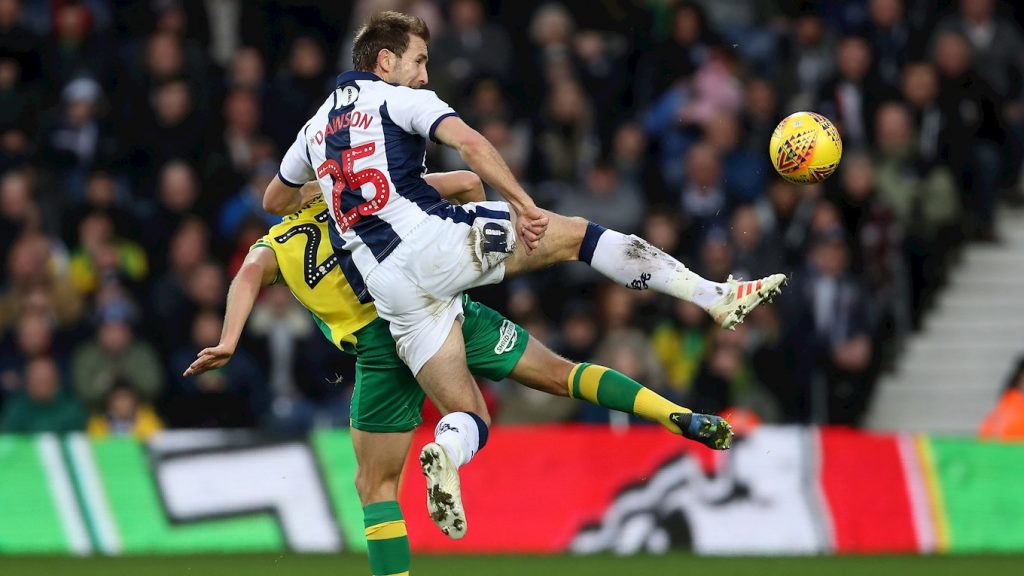 At the other end, Harper tested Tim Krul with a low drive after being sent through by Barry. But Norwich finished the first half strongly, posing a few questions of West Brom’s backline, although they couldn’t equalise.

West Brom came flying off their blocks after the break, with Robson-Kanu and Gareth Barry both forcing top saves from Tim Krul. Norwich had their chance to equalise ten minutes after the interval but Johnstone parried substitute Dennis Srbeny’s shot.

Teemu Pukki scuffed a shot wide after Craig Dawson’s error had allowed Norwich’s marksman to sneak in behind, before West Brom had their penalty appeals denied when Dawson was sandwiched in the air.

Yet it was the substitute Jordan Rhodes whose predatory strike at the near post equalised for Norwich in the 83rd minute. West Brom, however, had the chance to win the contest in the injury-time, only for Krul to make an excellent stop from Robson-Kanu’s shot.

Read more: West Brom grabbing the chance to sign this Newcastle star would take them to the next level

A point earned in the end against promotion rivals would be a good one to take for Darren Moore’s West Brom. Here’s how the Baggies’ fans reacted in a mixed way on Twitter after the entertaining 1-1 draw at the Hawthorns.

It was a good performance up until about 70 minutes where the same names look tired and slow down our attacking play. We lose the midfield battle, stop moving off the ball, get pressed back and conceed because subs are being made to maintain energy levels
Harper must play! 😍👌🏼💪

Harper was superb..
Make sure Gareth Barry stays away from any and all taxi’s in Dubai next week..
Vital player and vital promise to our future..

Annoying when you know yourself when to make a sub!!!!!! One thing I have always questioned about Moore is the timing of them.

Thought we played well, encouraging signs. Harper, Holgate both played brilliantly. It’s not over til it’s over 👍 Boing Boing.

Poor. Subs are there for a reason Darren.

85 mind to make a change?! Something ain’t right….

Energy levels had gone at 40 minutes, use the bench Big Dave. Give people some trust! COYB

DM lost us 2 points today by not using the subs when everyone new the team were flagging. First sub 85 mins and second 90plus 2 minutes what did he expect