Sheffield United 1-0 QPR: The Blades move into the top two

David McGoldrick’s first-half strike was enough to give Sheffield United a 1-0 victory over QPR at the Bramall Lane on Saturday.

The Blades dominated for the majority part of the game; however, they couldn’t double their lead and held onto to win 1-0, recording their fourth consecutive victory in the Championship.

Chris Wilder’s Sheffield United attacked from the first blow of the whistle, dominating possession and always looking to break forward in numbers. And they could have taken an early lead when Billy Sharp’s lay-off found McGoldrick inside the box, but he volleyed his effort wide.

Sheffield United continued to press in order to avoid QPR from enjoying any possession. QPR, however, were doing well to frustrate the home side with their deep defending. Goalkeeper Joe Lumley kept out Norwood’s deflected effort from the edge of the box as the R’s kept out any danger that came inside the box.

But QPR’s defence was finally pierced in the 37th minute. United’s sustained pressure paid off when McGoldrick headed in from close range to break the deadlock. The centre-forward cleverly lost his marker at the near post to bury home Oliver Norwood’s cross. 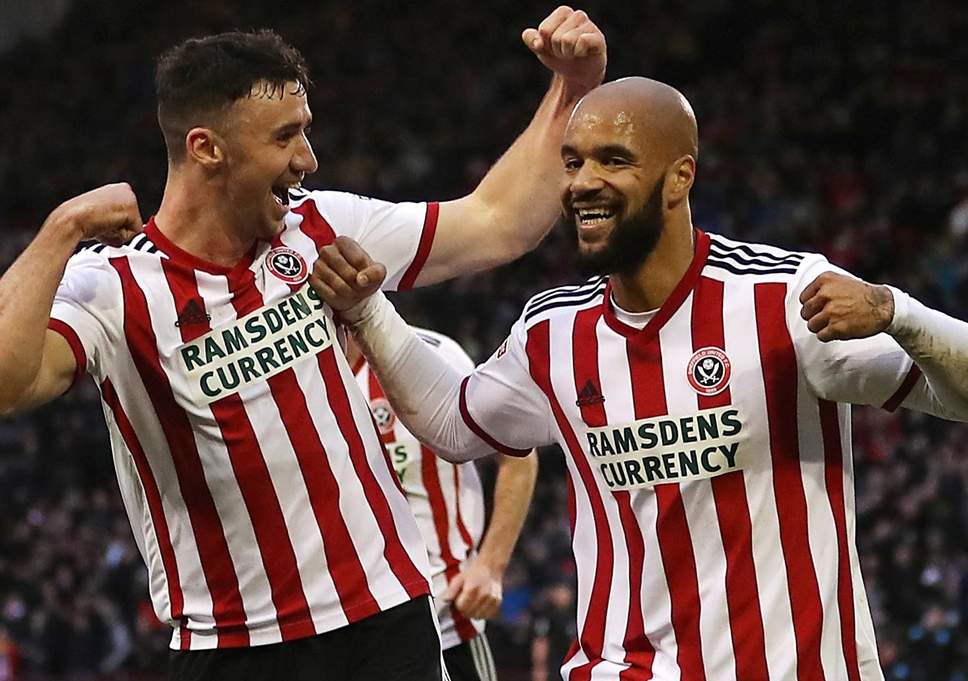 QPR reacted after going 1-0 down but only managed two long-range attempts before the referee blew the half-time whistle. They came out all guns flying after the break as Steve McClaren’s side looked for an equaliser.

Luke Freeman had a great chance to draw level for QPR on the counter-attack, but his tame shot ended up straight at Dean Henderson. The game became an open contest due to the visitor’s change in approach, although Sheffield United looked the more likely team to score.

Enda Stevens missed a great opportunity to double Sheffield United’s lead by firing just wide off the post. In the end, Wilder’s men kept their nerves and held onto a 1-0 win to end QPR’s unbeaten run.

Read more: Go for it Wilder – Sheffield United must go all out to land this explosive Turkish starlet this month

After the fourth consecutive league victory for Sheffield United that took them into automatic promotion places, here’s how the fans reacted.

2nd in the league ⚔️ he one of our own ❤️ pic.twitter.com/gtjvAzE385

Get in there #twitterblades #SUFC

What a club!great win blades!4 wins in a row!Up to 2nd!4 in a row for Mcgoldrick!🔥😍lets keep this going blades!we’re on the march with wilders army!⚔⚽🔴⚪🔴

Biggest win of the season so far that. Back in 1991 I remember beating QPR to confirm survival, done same again today (only this time with 19 games to spare in the big, bad scary @SkyBetChamp 🤔)

Massive 3 points that. As always, teams that grind out wins when aren’t at their best will be there or thereabouts, and that could be a big result come May #sufc

Not a glamorous one by any stretch but we looked relatively comfortable throughout. Schteve’s QPR offered little. Table is looking nice…#twitterblades #sufc

Massive massive result that. Into second. Can we start dreaming yet?? 😁😁. Get in Blades. Actually very impressed to win scrappy. @SUFC_tweets #sufc #twitterblades 🔴⚪️🔴⚪️

Professional performance from Blades defended great, Hendo didn’t have to make a save. Huge 3 points and up to 2nd 4 points off top. Ooooo and SHEFFIELD DOUBLE. JUST LOVELY #SUFC #UTB @SUFC_tweets