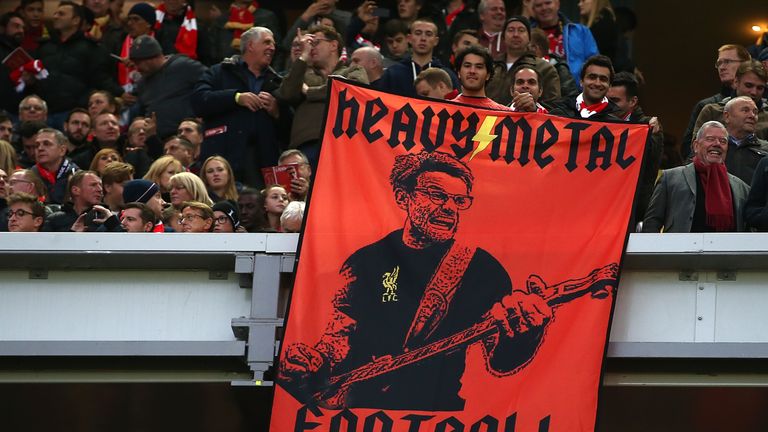 For over two decades, fans of Anfield outfit, Liverpool, have been waiting anxiously and are increasingly frustrated as they have failed to see their team lift a league title in this time. There were 4 occasions during these two decades that they came close, with the 2013-14 season under Brendan Rodgers being their most recent one. However, this year, under German talisman Jurgen Klopp, they are cited as favourites to go all the way and looking at their form recently, they are genuine title contenders in the Premier League this season. There a number of reasons why this year might be theirs but here are three huge reasons that we might see the league title head to Anfield come the end of the season.

The painful loss in the Europa League final against Sevilla last season has seen Liverpool drop out of Europe completely as they managed just an 8th placed finish at the end of the last season. Their position in the table meant that they are not playing any European football this season, for the first time since the 13-14 season, giving them a real chance this season. The number of games that come with a European campaign does have its effect on every squad in Europe and Liverpool will be without those troubles, entertaining no European football. It will allow Klopp to play his full strength squad in every league game and this should allow them to go all the way like they did under Rodgers a few years ago. Depth in the squad:

Of the many things that cost Liverpool the title in 2014, the lack of squad depth was right up there. They failed to replace Jordan Henderson, the current club captain, who picked up a red card against Manchester City late in the title race. That saw Liverpool lose a few points in the next few games thus affecting their title chances. However, this season, they have quality backups to almost every position in the field and will be at close to full strength for every game. The summer signings from Klopp, who are ready to have an impact when called, might take them all the way this season.

Having already traveled to the White Hart Lane, the Emirates, the Stamford Bridge and the Selhurst Park, Liverpool have gotten some important points from some difficult games already this season. They have also beaten Leicester City and West Bromwich Albion, two games that have not been easy traditionally and the fact that they are level on points at the top of the table after these games makes them genuine title contenders. They play Manchester City in the last game of this year (2016) and will welcome most of the big clubs to Anfield, making their fixture list one of the most helpful for the title contenders this season. Liverpool have easily made the best start to the season and it does not come as a surprise that they are hot favourites to go all the way this season.