Stamford Bridge outfit Chelsea have had a unique season so far in the Premier League. They are currently in the 4th place in the points table, just a point off the top of the table but have time and again shown some weaknesses that were exposed in the back to back losses to Arsenal and Liverpool earlier in the season. However, the Blues have now won each of their last 4 games in the league and though they were knocked out of the League Cup, they stand as one of the strongest outfits in the league.

A lot of the credit should go to the fans and the club who have stuck with an underperforming squad from the previous season but one man who has made an instant impact at the club is former Italian boss Antonio Conte. Taking charge of a Premier League outfit for the first time, Conte was expected to have his hiccups this season, but he has finally been able to settle into a formation, combination and starting XI that has given Chelsea 12 points from the last 4 games. A change to a back-3 has worked wonders for the side and one player who is now blossoming is English international Gary Cahill.

At 30, the first choice English center half started the season in a nervy manner, alongside John Terry and David Luiz as a part of a center back pairing. However, Conte decided to move to a 3-man defense after the loss to Arsenal and used Cahill as a left-sided center back of the back 3 for the club. Ever since, the 30-year old has turned into a man mountain and is keeping some of the best players in the league away from his goal while also having some fun at the other end. 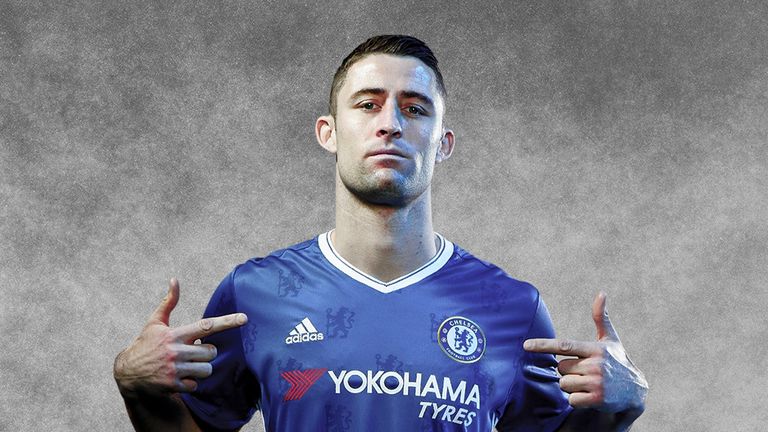 He is currently nursing an injury and may not be a part of the English national squad in this international break but he has now turned into one of the most confident defenders in the league at the moment. Working under a manager like Antonio Conte, Cahill must have surely picked up a lot of things that have made him a better player. The Italian manager is known for his extensive knowledge of the defensive part of the game and his time in Europe will have surely give Cahill some interesting pieces of advice that seem to be working.

Having not conceded a goal in the last 4 league games, the backline of Cahill, David Luiz and Cesar Azpilicueta is one of the most inform backlines in the league and Cahill has had a huge say in it. Playing on the side of the defense, Cahill is responsible to stick to the opponents and he gives the no space and time on the ball in the final third, something that Cahill is very good at. The 30-year old is an excellent reader of the game but was not able to command his back line as a center half. However, playing in a 3-man defense, Cahill is now playing to his strengths and has been able to dictate terms at the back.

Conte should be given full credit for changing the formation and allowing Cahill play in a position that best suits him. At his age, Cahill is not the most exciting prospects in the league but playing in a position that is suiting him, he may well go on to become an important player for Chelsea in years to come.

Do you think Conte has rejuvenated Cahill’s form?