Burnley have recently come into a little patch of form which has seen them win their last two games. While the 2-0 home win against a strong West Ham side was an excellent result, they have backed it up with the recent 1-2 away win at bottom of the table Huddersfield Town.

All of their three preferred forwards have been getting goals with Ashley Barnes chipping in with 4 and Chris Wood and Sam Vokes contributing 3 goals each. Thanks to these goals and the recent consecutive victories, Burnley are currently out of the relegation zone and in 16th place – just 2 points off Southampton in 18th.

On the other hand, West Bromwich Albion are flying high in the championship currently occupying the 4th place. They are just 3 points off Norwich City in 2nd place and just 5 points off Leeds United at the top of the table.

Even with Dwight Gayle, Hal Robson-Kanu and Jay Rodriguez all finding the back of the net at alarming rates, most of the credit for their current position must go to hard work being shelled out by their 2 most potent attacking midfield players – Harvey Barnes and Matt Phillips.

While Harvey Barnes has already notched up 9 goals and 6 assists this campaign from the second striker’s role, Matt Phillips has got 5 even though he is often deployed as a right-sided wing-back in a five-man defence. This is highlighted in the 6 assists he has collected this season. While goals from strikers are obviously crucial to any side, Matt Phillips has been their best player so far. 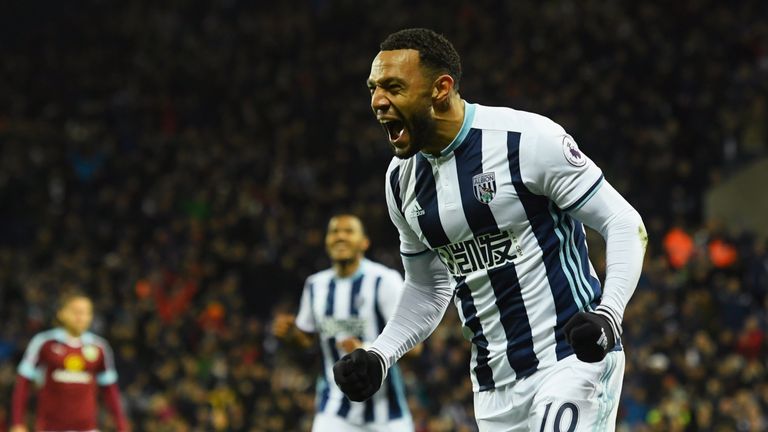 Recent reports published by The Mirror are suggesting that Burnley are keen on the Scottish midfielder’s signature. They have looked into the possibility of bringing the 27-year-old to Turf Moor during the January transfer window itself. His crossing and dribbling skills are the envy of most Championship wingers today and Sean Dyche could use his strengths to further advance this Burnley side.

Aaron Lennon, Johan Gudmundsson and Dwight McNeil have been occupying the wing positions for Burnley. Aaron Lennon is already 31 and doesn’t quite have that explosive pace he once possessed. Dwight McNeil is still only 19 and depending on a player that young for an extended period can be risky. Even Gudmundsson tends to often be absent from games and is hence quite inconsistent.

Read More: This 24-year-old Uruguayan has a very bright future in football and Burnley must get him in January

If there was a player custom-built to complement the qualities of Barnes, Wood and Vokes, it is the Scotsman Matt Phillips. Sean Dyche should hope that he’s willing to risk a potentially huge move to the English top flight from a team that recently faced the harsh reality of a Premier League relegation.