According to reports, Leeds United were interested in signing Derby County forward Matej Vydra, who is rated at £11m. However, latest reports suggest that the deal has collapsed due to the club not being able to agree on personal terms with the player.

New Derby County boss Frank Lampard said he is “in limbo” over Vydra and also clarified the club has not received any offers so far for the player.

Leeds United have held an interest in Vydra for some time now but it appears the deal is dead. There is not much time left for the summer transfer window to close down, meaning Leeds have to up their efforts to sign Vydra from Derby, contradictory to the suggestions made by the latest reports.

Vydra was a standout performer in the Championship last season. Although his exploits weren’t enough to guide the Rams to Premier League promotion, it goes without saying the Czech forward was one of their brightest stars this past campaign.

The 26-year-old scored 21 goals for the Rams last season as he won the Championship’s Golden Boot award. There is no doubt about the Czech’s quality when it comes to scoring goals in the Championship and he could be such a tantalising prospect for Leeds.

Vydra is a versatile attacker, given that he is a fox in the box but is also capable of operating as a target-man, something that Pierre-Michel Lasogga, Jay-Roy Grot and Caleb Ekuban struggled to offer last season.

Since Chris Wood left the club for Burnley last year, the Whites have failed to replace him. Vydra could be the ideal man to fill the void left by Wood.

Under a mastermind like Marcelo Bielsa, Vydra will have a crucial role to play in the team. He has all the required attributes to become a star at Elland Road from next season and his presence up top could certainly see Leeds score more goals.

With his tenacity, pace, power, creativity and goalscoring instincts, the Czech Republic international could prove to be a resourceful option for Leeds.

Vydra might fit into Bielsa’s favoured 3-3-1-3 formation. The Argentine manager likes strong and hard-working forwards, and Vydra is a player with those qualities. However, he thrived last season playing a No.10 role for the Pride Park outfit. 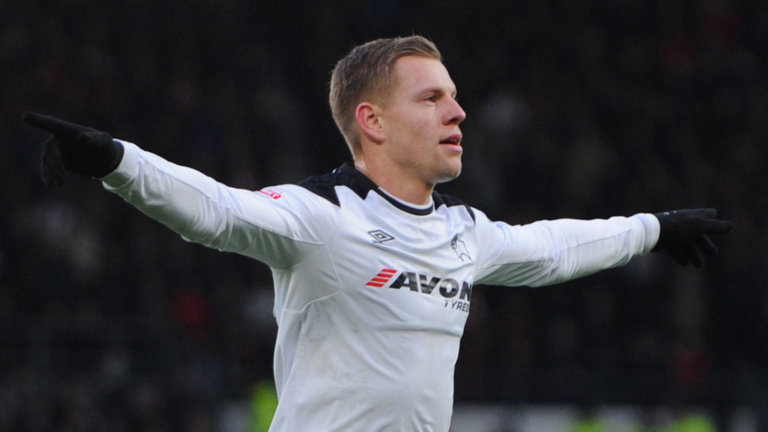 Bielsa, 62, is a highly experienced manager and is renowned for his high-octane, rip-roaring attacking brand of football.

The Argentine’s entry at Elland Road meant that he could attract a lot of stars to join his project but the scripts have been completely different, with Leeds only completing three signings this summer so far.

However, there is still time left for Bielsa to make a marquee signing ahead of the new campaign. Vydra should be the man as his goalscoring skills will elevate the club’s performances on the whole.

Leeds must somehow manage to negotiate terms with the player and bring him to the Elland Road as he has what it takes to fire Bielsa’s side to the Championship title.