According to Sky Sports, Sheffield United have signed Oliver Norwood in a permanent deal from Brighton and Hove Albion.

The 27-year-old joined the Blades on loan in the summer, with the agreement that the deal would become permanent when the transfer window reopened (h/t Sky Sports).

Norwood was instrumental in the promotion-winning campaigns of Brighton and Fulham in the recent past and he will be looking to complete a hat-trick of promotions, with Sheffield United this season. The Blades are currently 3rd in the Championship standings with 47 points from 26 games, just a couple of points adrift of 2nd-placed Norwich City.

Norwood has been one of the most familiar faces on Chris Wilder’s team sheet in the Championship this season. The 27-year-old Northern Irishman has made a total of 23 appearances in the second-tier this season, accumulating 2 goals and 4 assists with 5 man of the match distinctions. 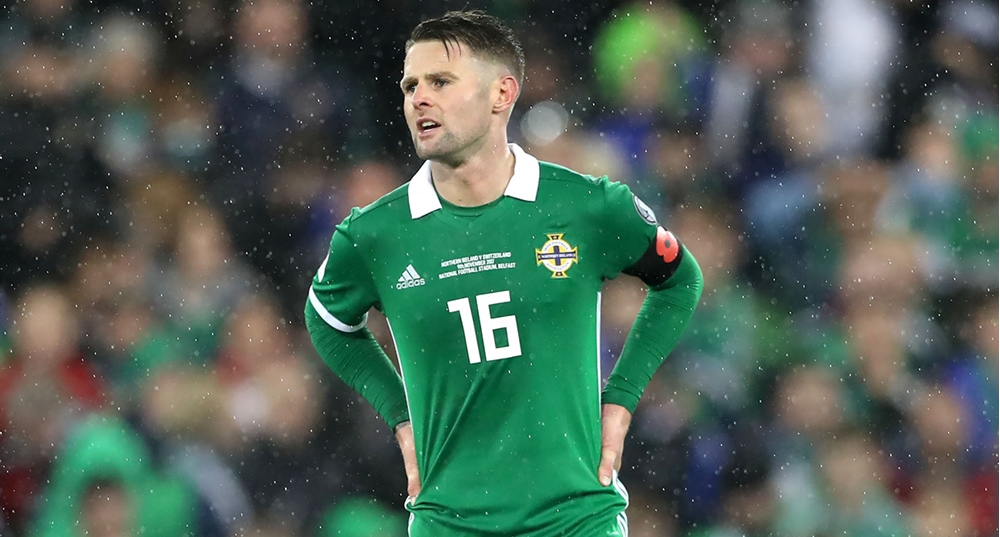 The former Manchester United youth graduate has formed a formidable midfield pairing with Scotland’s John Fleck, both of whom have been the key cogs of Sheffield’s engine. Norwood and Fleck have not only kept things ticking in the midfield but have also added that stability to Wilder’s 3-4-2-1 formation.

Norwood may not be a player blessed with mesmerising dribbling skills or lightning pace. He might not make too many eyeballs turn with his style of play but few can deny that he has been the heartbeat of the midfield for the Blades this season. In fact, it would be fair to say that he plays the same role for Sheffield as Fernandinho does for Manchester City.

The 27-year-old is known for his hardworking nature, drive, determination and work ethics, covering a lot of ground in the centre of the park and recording a large number of touches of the ball. He is a very good passer and he has the ability to switch the play with his wonderful range of passing.

Adept at cutting out the passing lanes and closing down the opposition with his tireless running, Norwood breaks up the play with crucial tackles and interceptions. Norwood averages 72 passes per game with an accuracy of 82.7%, including 2.7 key passes, 2.7 crosses and 8.8 successful long balls per game, figures which show that he is not only a great passer but he also has the vision to operate as a withdrawn playmaker. Furthermore, he averages 2.3 tackles and 1.9 interceptions per game.

Read More: Signing this out-of-favour Premier League ace should be an absolute no-brainer for Sheffield United amidst lack of cutting edge – Agreed?

In all honesty, Oliver Norwood is one of the best midfielders in the Championship and Sheffield have absolutely struck gold by signing him permanently.

This season is arguably the closest that the Blades have come to securing promotion to the Premier League in recent years and the Northern Irishman holds the key to their chances completing a much-awaited return to the top flight after a long absence.