Newcastle United were linked with a move for Andreas Samaris in the January transfer window. However, a move failed to materialise in the final few days of the transfer window but the Magpies might still have a chance to get him in the summer.

A report from Portuguese outlet A Bola has revealed that Benfica are unwilling to meet the player’s wage demands in order to extend his contract at the club.

Samaris’ current deal with the Portuguese giants ends in the summer and Newcastle should reignite their interest to sign him on a free transfer in the upcoming transfer window.

Rafa Benitez is out of contract at the end of the season and Salomon Rondon’s loan deal will come to an end in the summer too.

Jonjo Shelvey and Issac Hayden are linked with a move away from the club and Mo Diame’s current deal with the club will come to an end too. This leaves a massive void in Newcastle’s midfield, with just young Sean Longstaff a certain starter next season.

Longstaff will need an experienced campaigner next to him to form a formidable partnership in the centre of the park and Andreas Samaris would be a brilliant option in the summer.

Samaris is, by all means, a complete midfielder. The Greek international has been mainly used in the number 6 position by Benfica and Samaris has often played the role of a deep-lying midfielder.

The 29-year-old has a brilliant range of passing and is highly capable of feeding a pin-point pass to the forwards from his own half. Samaris is a wall defensively and has a brilliant understanding of the game.

The veteran midfielder’s positional discipline is outstanding and he has a fantastic ability to sense danger. His awareness of his teammates around him, allows the Greek international to get away from danger quite comfortably, despite being under pressure. 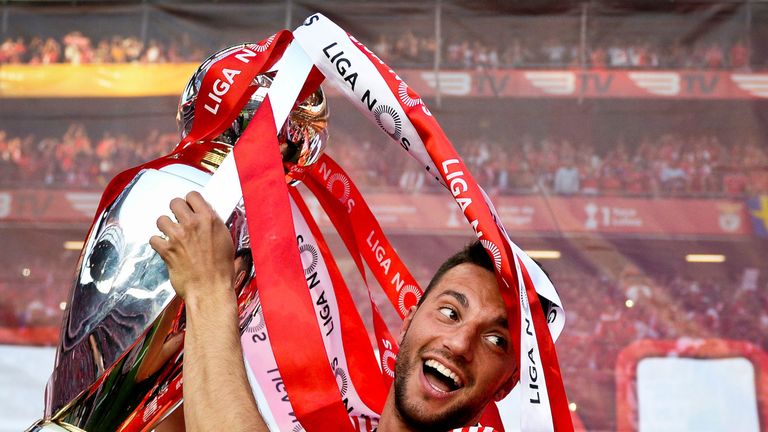 Samaris is a fantastic tackler and is brilliant at breaking up the play to keep the pressure away from his side. This trait will be important for a side like Newcastle, who are put under pressure by most teams in the Premier League.

Newcastle United’s midfield will be solidified next season if they manage to sign Andreas Samaris in the summer. The Greek international will provide an incredible balance between attack and midfield and with him coming in on a free, the Magpies could only benefit from such a move.