Chelsea had an almost completely revamped line-up sent out for the FA Cup 3rd round tie against Nottingham Forest. Maurizio Sarri handed starts to teenagers Ethan Ampadu and Callum Hudson-Odoi. Fabregas also started what could be his last match in a Chelsea shirt, accoding to reports from Sky Sports.

The Nottingham Forest squad wasn’t much of a surprise that saw Ben Osborn and Adlene Guediora starting along with Claudio Yacob who played at centre-half.

The game took off in the same fashion everybody would’ve expected. Chelsea began to knock on the door very early and the fact that it was 0-0 at half time is down to the Nottingham Forest goalkeeper Luke Steele. He kept a Morata header out from point blank range. 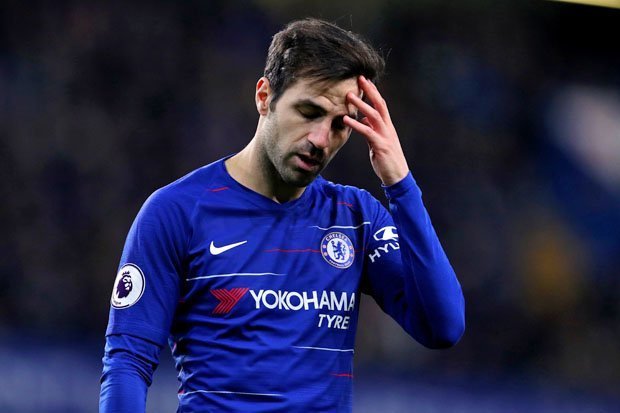 Chelsea fans thought they had the lead when Ruben Loftus-Cheek was brought down inside the box and the referee spotted the foul. He pointed straight to the spot with no hesitation. The dependable Fabregas stepped up to take the spot kick but his stuttered penalty was within the keeper’s range on the left side of the goal and was hence saved.

The first half also saw Ruben Loftus-Cheek come off in the 41st with a recurring back issue. He was replaced by the Belgian magician Eden Hazard which resulted in Hudson-Odoi moving over the right side to give Hazard his preferred left sided role.

The 2nd half began in a similar trend to the first one and all the possession paid dividends for Chelsea 4 minutes in. Zappacosta picked the ball up and spread it out to Callum Hudson-Odoi on the right hand side. He easily cut past the Nottingham defender before launching a powerful grounded cross which was finally tucked in by an arriving Alvaro Morata.

Unbelievably, Morata then went on to miss a sitter from just a few centimeters out only to be saved by the linesman’s offside flag. It didn’t take long for Chelsea to double their advantage though. Exactly 10 minutes after the 1st goal, another brilliant lofted Hudson-Odoi cross found Alvaro Morata in the middle of the box who headed the ball right into the bottom corner to secure the victory for the blues.

Chelsea were easily cruise through the remaining third of the game thanks to some quick passing and constant movement which ensured that by the 70 minute mark, most of the Nottingham players were tired and just weren’t able to keep up the pace. Chelsea ran out comfortable winners and progressed to the 4th round of the FA cup for the 22nd consecutive season.

I don’t see the reasoning in selling Hudson-Odoi. We have nothing but ageing wingers. He’s a star that’s coming up. He can replace Hazard in a couple years or sooner should he leave. Pedro Willian both getting old

THANK YOU FOR EVERYTHING @cesc4official WE WILL MISS YOU.