An early goal from Richarlison gave 10-man Everton a 1-0 win against basement club Huddersfield Town in the Premier League on Tuesday.

The Brazilian struck in the third minute and although Everton substitute Lucas Digne was sent off midway through the second half, new Huddersfield boss Jan Siewert’s first game in charge ended in a damaging defeat.

Everton made a dream start to the game as they found the back of the net in the third minute. Bernard collected a short pass from Cenk Tosun and slid a fine ball behind Huddersfield’s defence for Tom Davies, who timed his forward run to perfection towards the byline before cutting back down the right-hand side of the penalty area.

And although Richarlison’s first-time shot rebounded off Jonas Lossl’s knees, the Brazilian forward turned home the rebound from eight yards.

Gylfi Sigurdsson ran the show for Everton, picking up pockets of spaces behind the Huddersfield defence and creating openings for his teammates. The Toffees dominated the first half, with Marco Silva’s players hitting three efforts on target in the opening half. 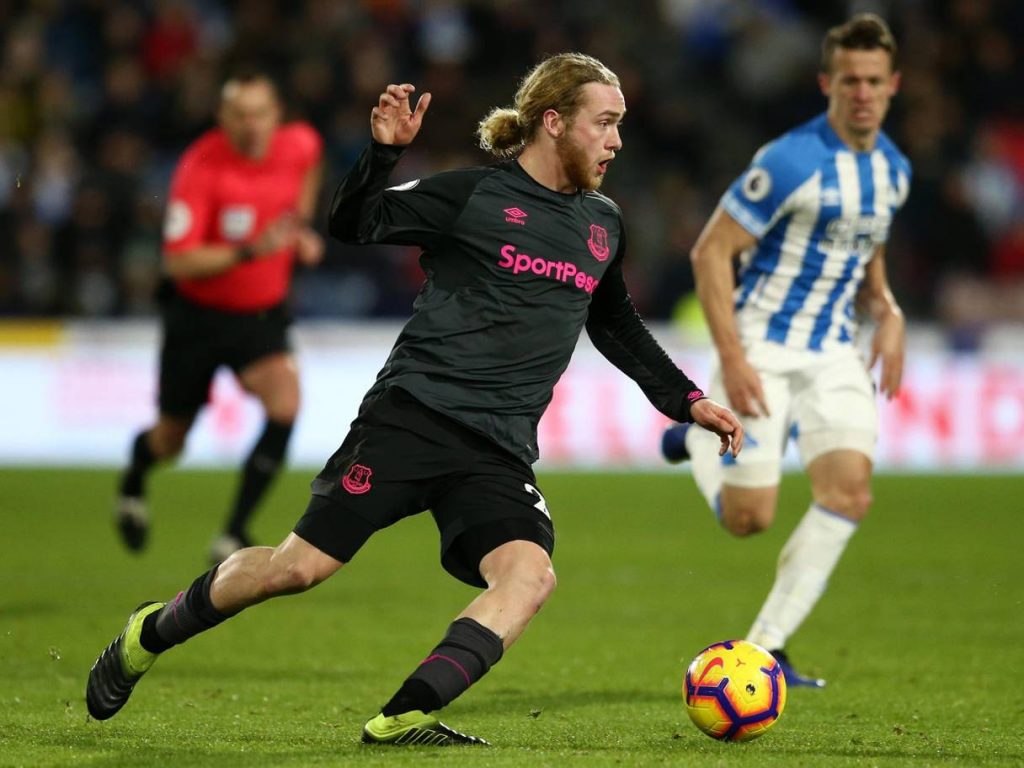 At the other end, Huddersfield produced very little going forward and rarely threatened Everton’s backline. Everton grew in confidence as the first half progressed without really threatening to score a second until Tosun’s backheel put Coleman in for a shot. However, he sliced a left-footed shot well off target.

After the interval, Huddersfield started to create chances and attack in numbers with Elias Kachunga heading Kongolo’s cross over the bar. But the Terriers were handed a huge advantage in the 67th minute when Digne was sent off for tripping Adama Diakhaby, who was put clear through on goal by Juninho Bacuna.

Pickford came to Everton’s rescue again in the 79th minute when he clawed out Kachunga’s header as the visitors crucially hung onto all three points at John Smith Stadium.

Delighted with the narrow 1-0 victory, here’s how the Everton fans reacted on Twitter:

Silva needs to work on his decision making, but much better today

3 points and a clean sheet. Good reaction that. UTFT

Cenk and davies were good

This is the Everton we like. Gotta to praise Silva 👏🏻👏🏻👏🏻

Need to kick on from it, Need to build up some sort of momentum otherwise this will just be another team beating Huddersfield, If we don’t come away from the Wolves game with something then it’s just back to square one#coyb

Davies man of the match