According to a report in Lancashire Post (h/t L’Equipe), Leeds United are interested in signing Brentford defender Yoann Barbet, whose contract expires at the end of this season. Championship leaders Norwich City and Premier League side Wolves are also involved in this race (h/t L’Equipe).

The versatile defender, who is comfortable playing as a centre-back or as a left-back, has had a fantastic season in the Championship, however, it looks like he is destined to leave Griffin Park for better challenges (h/t L’Equipe).

That most probably constitutes the reason why a contract extension wasn’t agreed between the Frenchman and the Bees.

Now, since the 25-year-old is available for free, there is a three-horse race for him. But as per the report, Norwich and Leeds are ahead in terms of how to approach the player for a deal in the summer, with potential Premier League football attraction acting as a catalyst (h/t L’Equipe).

Here’s why Marcelo Bielsa’s men should take centre stage and bring Barbet to Elland Road ahead of next season: 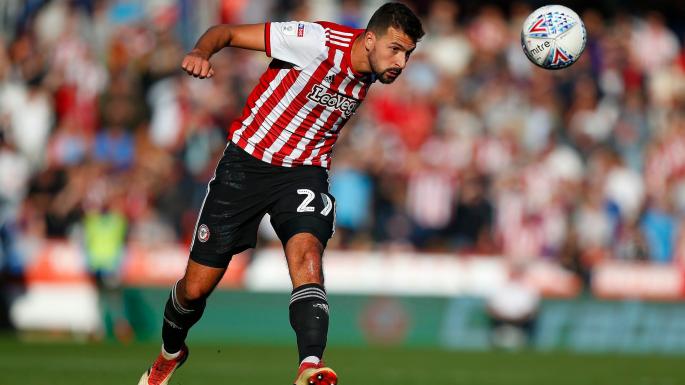 Barbet could add needed solidity at the back for the Whites

Leeds United are a team who are generally solid at the back but they are prone to making collective mistakes at the wrong time to hand a goal or two to the opposition.

Even though they have conceded 46 goals in 44 league games, which is not bad considering the numbers shipped in by others, the fact that the Whites have let in crucial goals is hurting them right now.

They are currently third in the table and pretty much on course to fight in the playoffs rather than getting automatically promoted to the Premier League.

Furthermore, if we take a look at the options they have at the back, it is very limited. Pontus Jansson and Liam Cooper are first-choice centre-backs, while Gaetano Berardi is there as a backup and Kalvin Phillips can fill in when required.

Thus, it’s clear that Leeds can do with a quality centre-back next season. Hence, Yoann Barbet is an ideal choice. He is an experienced player who possesses the quality to make a difference for the Whites.

Bielsa’s men have to make sure they win the playoffs and become the third team to go to the Premier League this summer. That could really help them beat the Canaries for the signature of Barbet.