Stoke City were unable to get past Sheffield United in the league this midweek, with both teams sharing the spoils after a well-contested game. Gary Rowett’s men come up against Bristol City this weekend and a win should take them higher up the table.

The Potters have shown a surge in their form over the last few weeks and should now aim to maintain consistency in their displays.

Stoke City have no new injury concerns to worry about.

Butland was impressive in the last game and will keep his place in goal for this game.

Martina has played almost every game since making the loan move and he will continue at right-back.

Williams did well in the last game and should start at centre-back once again. 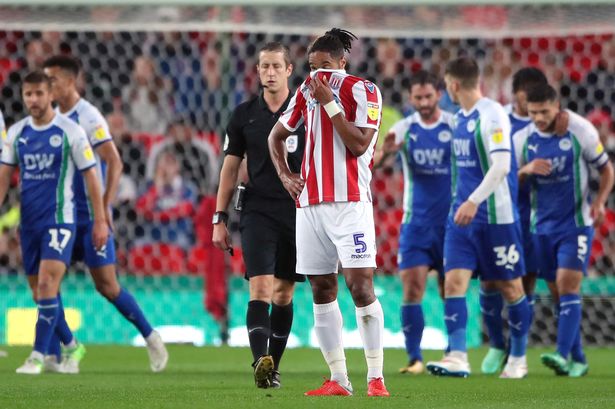 Shawcross should return to partner Ashley Williams at the back in place of Martins Indi.

Pieters’ raids down the flank have been very fruitful for the Potters. He should start.

Ince is one of the driving forces of this team at the moment and has maintained his form over the last few weeks.

Allen’s role is undeniable in this squad and his passing is second to none.

Woods could drop to the bench while Fletcher might take his spot in the middle of the park. 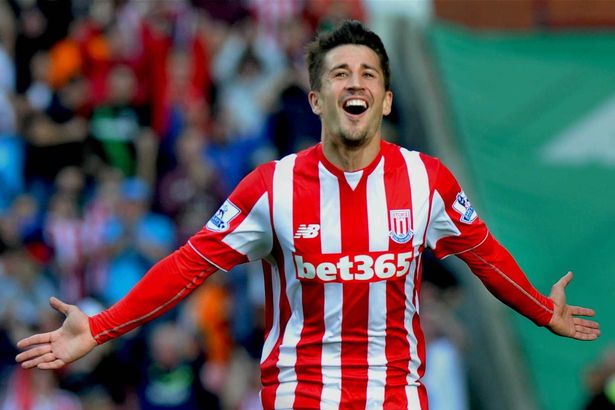 McClean will provide width and energy down the flank. His deliveries need to be better though.

Bojan will sit behind the striker and aim to dictate the play. His performance will be decisive in the game’s outcome.

Afobe is the best striker Stoke have at the moment and he will continue to lead the line. 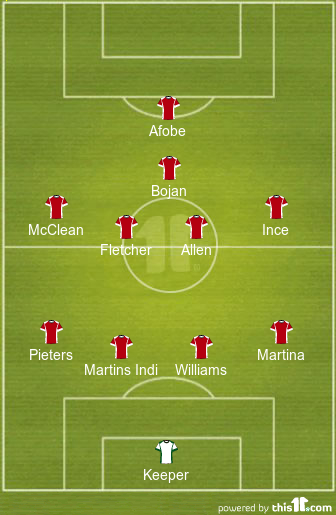