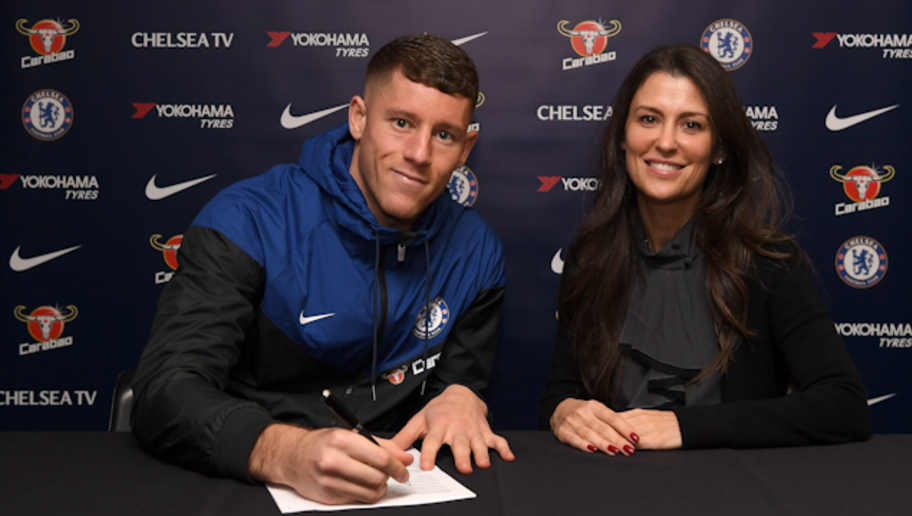 After nearly signing him last summer, Chelsea announced the signing of Everton midfielder Ross Barkley on Friday. The 23-year-old was expected to move to Stamford Bridge earlier but the move fell through at the last moment. Since then, Barkley has missed the first half of the season with Everton due to a major injury. However, he is nearing recovery and we could see him walk out in a Chelsea jersey quite soon.

Antonio Conte is understood to be quite pleased with what Barkley has to offer and this will be quite a significant move towards strengthening the club’s midfield. As of now, they do have the likes of N’Golo Kante, Cesc Fabregas, Tiemoue Bakayoko and Danny Drinkwater but adding Barkley to the mix could provide Conte with scope for experimentation while also offering some much-needed depth. With that in mind, let’s take a look at how Barkley could lineup with Chelsea.

Straight off the bat, the most obvious choice for Conte would be to deploy Kante and Barkley in the centre of the midfield in his usual 3-4-3 formation.

By doing so, Barkley will be able to use his skills and counter-balance the high-pressing, hardcore style that Kante prefers playing in. The young midfielder is quite impressive when it comes to pushing up and contributing to the attack and could orchestrate chances for the frontmen while Kante focuses more on defensive stability.

On the flipside, Conte could also use him as part of a three-man midfield, if he chooses to utilize the 3-5-2 formation. Once Barkley returns from injury, he will have to compete with Drinkwater and Bakayoko for a starting spot but if the Italian manager uses this formation, there will be scope for using an extra midfielder in the centre, thus creating a more potent lineup.

However, there is also the question of Fabregas. In recent games, the Spaniard has proven to be quite influential and has worked wonders for the Blues in terms of orchestrating attacks. Also, he often brings in an experienced presence in the middle and should Conte choose to include him, the Italian could do so by deploying Barkley higher up in the right-wing area.

The midfielder played in this position for the Toffees a couple of times last season and could do the same at Stamford Bridge as well. Up until now, Conte has usually deployed either Pedro or Willian on the right side but to make room for Fabregas and deploy Barkley as well, he could resort to this formation.