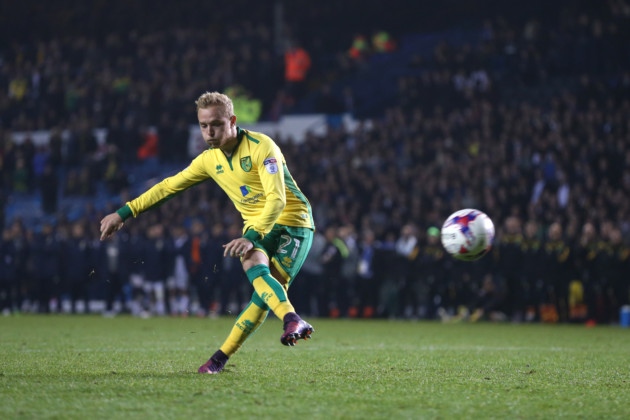 Huddersfield Town have clinched their first transfer of the winter window, as they have signed midfielder Alex Pritchard from Norwich City. Reports from BBC claim that the Terriers have agreed on a fee with the Canaries for a move and that the club have wrapped up the deal.

The 24-year old midfielder came through the West Ham United academy, before switching to Tottenham Hotspur youth setup in the early parts of this decade. Having established himself as one of the most promising aspects in the youth ranks, his progress to the first-team at Spurs was fast-tracked and he made his senior bow in May 2014.

However, he managed just two appearances for the Tottenham first team, before moving on to join Norwich City in the summer of 2016. Since his move to the Carrow Road, Pritchard has grown in stature. Last season, the 24-year old finished with a very impressive tally of 7 goals and 12 assists in 35 appearances in all competitions for Norwich.

The 2017/18 season has been a bit of a stop-start one for the attacking midfielder. Having spent the majority of the early season on the sidelines with an ankle injury, Pritchard has taken the field on just 9 occasions, in which he has managed one goal and two assists. His recent performance in the 0-0 draw against Premier League outfit Chelsea in the FA Cup was quite praiseworthy. 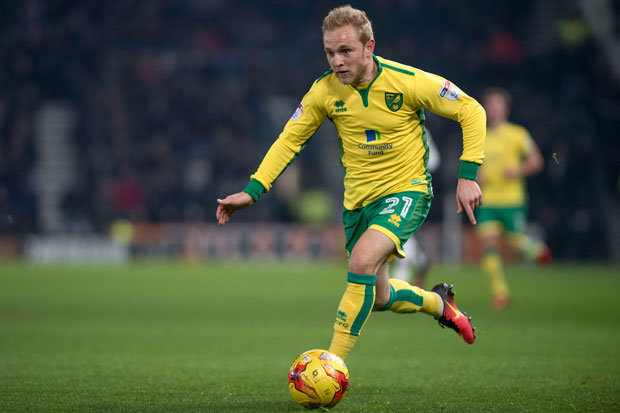 A central attacking midfielder by trade, Pritchard is quite adept at playing on either flank and can be an effective outlet going forward, as indicated by his returns last season for the EFL Championship side. His ability to find the tiniest of spaces and the eye for a pass, combined with his knack for coming up with goals on a regular basis, make him a valuable player to the squad.

With the likes of Tom Ince, Elias Kachunga and Rajiv van La Parra struggling to deliver the goods in terms of goals and assists in the attacking third for the Terriers this season, and the return of Kasey Palmer to parent club Chelsea meant Huddersfield could do with a reinforcement in the attacking midfield role.

In Pritchard, they have got a player who has the ability to impact games to a great degree. The 24-year old may be untested in the Premier League as of yet, but has shown all signs of growing into a very solid player. His ability to create opportunities for the likes of Laurent Depoitre and Steve Mounie could reap great benefits for Huddersfield, while the midfielder can chip in with goals on a regular basis. All in all, the capture of Pritchard looks like a solid buy from Huddersfield.