Are Celtic making a mistake by letting go of Ryan Christie?

Sunderland, who were relegated from the Championship last season, are keen to add players before the deadline closes, and Ross has confirmed that Christie is on his radar.

“Ryan is a player that I like. He has good qualities but again it is a balance between what we need in the squad. He is a left footer and we don’t have a lot of them in the squad in forward areas.

“He is a player that I am acutely aware of and he fits the kind of bracket in terms of he has played a lot of games for a young man.”

Sunderland have started their League One campaign brightly, and Christie’s addition from Celtic would give them a major boost going forward.

Christie, 23, has just one year left on his contract at Parkhead and while there has been no movement in terms of a new deal being signed, manager Brendan Rodgers said earlier that the midfielder has a future at Celtic.

Christie started his career at his hometown club, Inverness Caledonian Thistle and progressed through the ranks before penning a four-year-deal with Celtic in 2015. However, he failed to secure regular first-team football at Celtic Park and has instead benefited from several loan spells.

The Scottish midfield ace returned to Inverness for a brief spell in 2015 and then joined Aberdeen last season, guiding the Dons to a second-place finish. Christie has also forced his way into the Scotland squad, making two international appearances since his debut last year.

Now that Christie has returned to Celtic after gaining 18 months of valuable experience, it would be a massive mistake by Rodgers to offload him this month. Christie looks absolutely ready for first-team action and a failure to hand him a new contract might turn out to be costly for the Parkhead outfit. 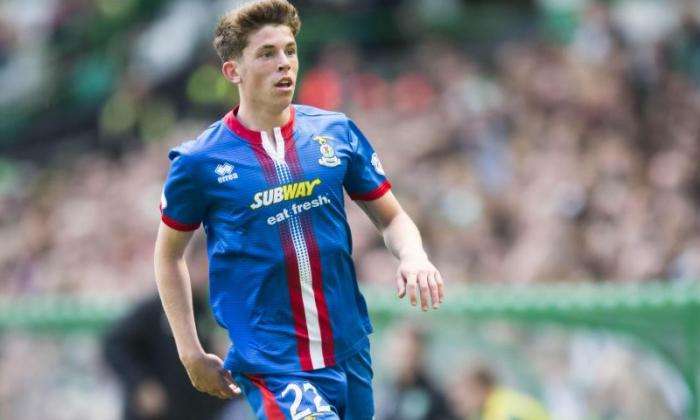 Celtic have not made any major investment this summer and the lack of fresh reinforcements has not helped Rodgers’ cause this season. There is a lot of doom and gloom surrounding the club, with Rodgers’ men being eliminated from the Champions League qualifiers last week.

As it has been difficult for the Scottish champions to sign new players, Rodgers could use Christie as a new signing. The versatile youngster would provide Rodgers with some options and depth in the midfield positions. He featured in Celtic’s Champions League qualifiers against Alashkert and Rosenborg, but he is not in Rodgers’ first-team plans, which is a big shame considering the player he has become in the last one year or so.

As things stand, Celtic’s inability to extend Christie’s deal will certainly come back to haunt them. The Hoops are in a position where they have to sell the midfielder on the cheap or lose him for free. Certainly, Celtic will look to recoup as much of their outlay on Christie as they can but in doing so, they will be making a massive mistake.