He’s played for Liverpool, Swansea City and Newcastle United. His talent was undeniable when he joined the Reds but his attitude could have been a touch better. He’s picked fights with everyone, from Sir Alex Ferguson all the way to Paul Pogba.

While he’s out of his league against modern footballers, there was a time he was considered as Steven Gerrard’s replacement.

So Manuel Pellegrini has to decide if he can tame Jonjo Shelvey in time to help West Ham United. That’s something a lot of managers have tried but none have succeeded, including Rafael Benitez, Stuart Pierce and a few others over the years and that’s considering the fact that Shelvey is only 26 years old.

While his ability on the ball is undoubted, his attitude is his biggest downfall and that, combined with his brash and angry nature makes him a liability.

However, watching some of the things that Shelvey does make a viewer compare him to the Gerrards and Pogbas of this world and yet, he remains an experiment.

For West Ham, however, it could be the perfect place combined with the perfect manager to get the Englishman back on track and squeeze out whatever potential is left in him.

The Express has reported that among many things, West Ham are keen to give Newcastle Andy Carroll for Jonjo Shelvey and that is a shocker.

But for West Ham, that is an incredible deal given their severe lack of first-team midfielders, with only Pedro Obiang and Mark Noble being fit. Moreover, neither of the two is as creative as either Shelvey, Jack Wilshere or even Manuel Lanzini is.

For West Ham, that would be an incredible coup but in the end, it would be a great deal only if Manuel Pellegrini somehow manages to tame the 26-year-old midfielder. While in all likelihood, Pellegrini might be able to do that, combined with the fact that Shelvey’s lack of appearances this season could prove to be the difference. 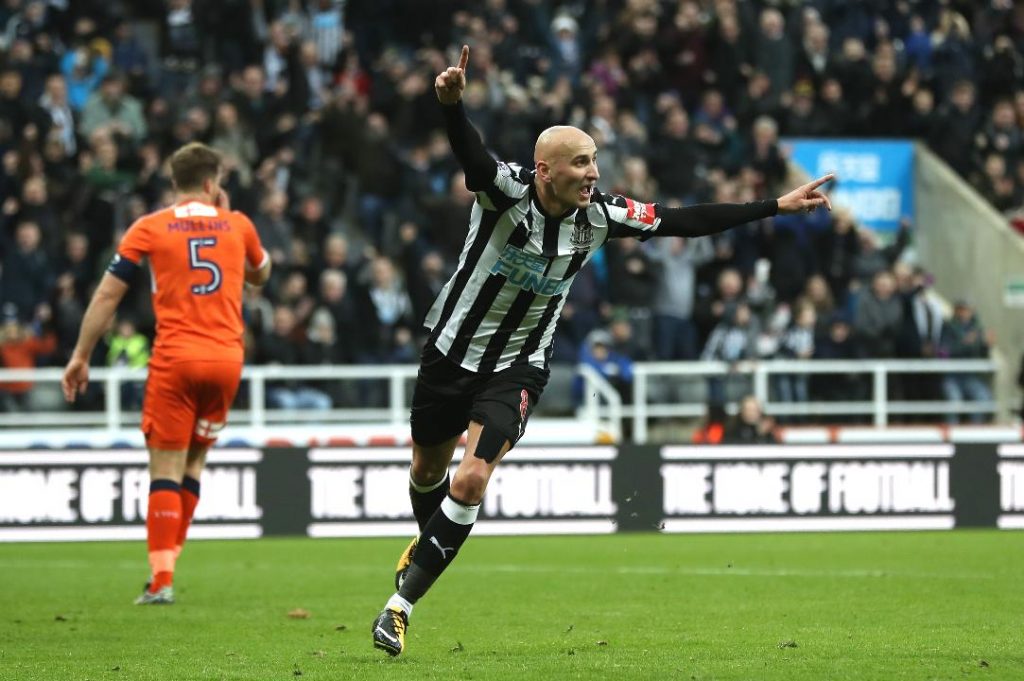 Read More: A worthy gamble – Pellegrini has taken a step in the right direction by signing PL winner for West Ham

So far, the 26-year-old has made only 11 appearances, with seven starts to his name in the Premier League, missing more than 11 games so far in all competitions. If West Ham do sign the Englishman, they would get a perfect replacement for Mark Noble and if they do manage to control Shelvey, he would be a brilliant asset.