Why Watford must keep hold of Roberto Pereyra at all costs

Watford began the season with 4 straight wins which saw them get impressive wins against Crystal Palace and an extremely strong Tottenham side. The form didn’t last very long though, as they went on to take only 1 point away from the following four Premier League outings after that Spurs victory.

Their extreme change in fortune was signified in the last of those games when they lost 0-4 to Bournemouth at Vicarage Road.

Taking a look at their form so far in the campaign will show that since the 4-game win streak at the start of the campaign, Watford have only managed another 4 victories in the next 17 games.

While some players like Troy Deeney and Jose Holebas have greatly helped this Watford side to stay in the top half of the table, most of the credit should be given to their tricky Argentine maestro Roberto Pereyra. Every positive attack that Watford have made this term has included a touch, flick or even a short dribble from him.

He has been in an inspirational form of late and doesn’t look like the kind of player who should be playing for a mid-table club. A potential superstar, the 27-year-old winger is known for his mazy dribbles and the ability to pick out exquisite passes. His biggest strength has to be the composure he shows.

Be it dribbling, passing, crossing or shooting, Pereyra can do it all with intuitive perfection. While there are occasions where he just doesn’t turn up and seems absent in a game, he can be a frustrating affair fo any opposing defender when he is in the deadly mood.

According to WhoScored.com, He has scored 6 goals for Watford this term – the highest among all the players, with Deeney just behind in 2nd place with 5 goals. It also shows the offensive contribution Pereyra provides to Watford. He has 2 shots on target per game on an average and also boasts one key pass per game. 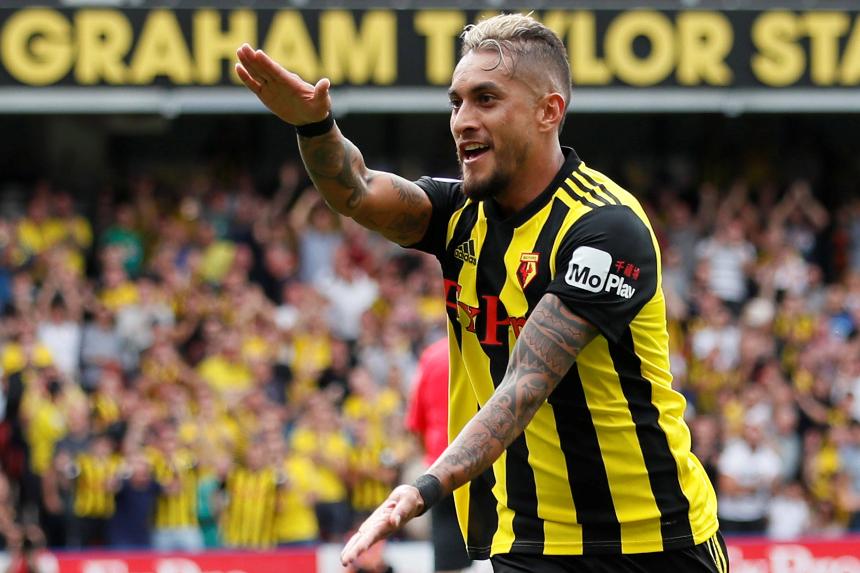 He is an expert at using his individual skill to set up teammates while he is also an astute finisher of the ball. He has to ability and the finesse to find the back of the net from weird and acute angles using the curl and whip that he generates.

Read More: Ideal strike partner for Deeney? – This 27-year-old French should forget about moving to London and join Watford instead and here is why

A report on TuttoMercato indicates that Italian outfit Torino are interested in bringing the Argentine to the Serie A as they aim to finish in the European places.

While he would be a great addition to most sides in the world, Watford must do everything in their power to keep the fans favourite at the club beyond the end of the current transfer window.