According to a report from the Daily Mail, Crystal Palace are among other clubs interested in signing Everton’s Jonjoe Kenny in the summer.

The 22-year-old is one among 12 players who are expected to be sold by the Toffees in the summer and the report reveals that the Eagles want him and midfielder James McCarthy in their squad for next season.

Palace could lose their star full-back Aaron Wan-Bissaka in the summer with Manchester United lining up a £35million bid for him. His departure would obviously be a huge blow for the Eagles, especially after his incredible performances for them this season.

Losing Wan-Bissaka would mean that the Eagles will only be left with Joel Ward, whose performances haven’t been great this season. Palace will need to bring in a new right-back and signing Jonjoe Kenny could prove to be a very smart move in the summer.

Kenny has started just 7 games in the Premier League this season, which came up mainly during Seamus Coleman’s absence. The Irishman has picked up some form in recent games which ruined Kenny’s chances of any reasonable game time since mid-February.

The young full-back has failed to even make the bench in Everton’s last seven games in the Premier League and his chances of changing that are slim considering that Marco Silva is on the lookout for a new full-back with Thomas Meunier heavily linked with a summer switch.

Kenny is at the stage of his career where he needs to play regularly and that will not happen at Goodison next season. Crystal Palace will be an ideal destination for the 22-year-old in the summer, where he can have an impact similar to what Wan-Bissaka had this season.

The 22-year-old is fairly quick but what makes him stand out is his positional awareness. Kenny always finds himself at the right place at the right time and thanks to his brilliant control of the ball, he is a massive threat to the opposition. 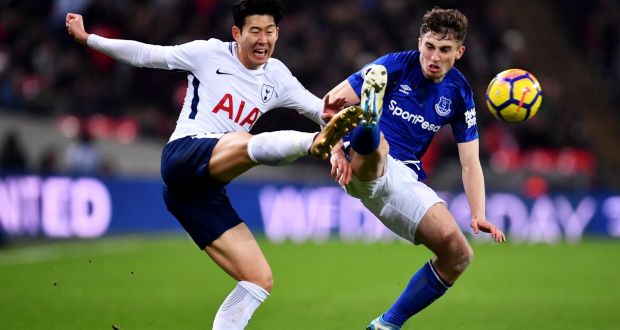 Kenny’s overlapping runs down the right wing are a joy to watch and that combined with his very good crossing ability makes him a perfect fit for a side like Crystal Palace.

Jonjoe Kenny will be a very good addition to this Crystal Palace side and despite not being as good as Aaron Wan-Bissaka, he will do a fine job at right-back next season.

The 22-year-old has all the qualities needed to be a brilliant full-back and under Roy Hodgson, he can massively improve and fulfil his potential.