According to a report in Devon Live, Swansea City midfielder Matt Grimes is being linked with a move to Premier League side Everton ahead of the summer transfer window.

The Toffees are actually preparing a double-raid on the Swans, by making a potential swoop on Grimes and star man Daniel James. (h/t Devon Live)

Grimes has been in superb form this season for the Welsh side, winning most of the individual awards in the club’s year-end award ceremony.

The 23-year-old, who arrived at the Liberty Stadium for £1.75m from Exeter City in 2015 (h/t BBC), didn’t have it his own way for a long period of time. However, the performances this season has shown that he is ready to take his game to the next level.

Here’s why Everton would be right to sign him in the summer window:

Toffees could get a versatile player to cover for several positions

Predominantly a central midfielder, Grimes can operate as a defensive midfielder, as a wide midfielder on both sides, as a left-back and as a centre-back. The fascinating thing is that he has played in all of those positions for Swansea City this season and done well in each of them.

He is a tall player who is very good passing the ball, whether it be from midfield or defence. The passing success rate of 87.5% parallels with what we just mentioned about him.

The 23-year-old is good at making tackles to win back possession in key areas of the field. He has an average success rate of 2.5 per game.

The England U-21 international is not bad when it comes to supplying the key passes or accurate balls from set-pieces of various types. 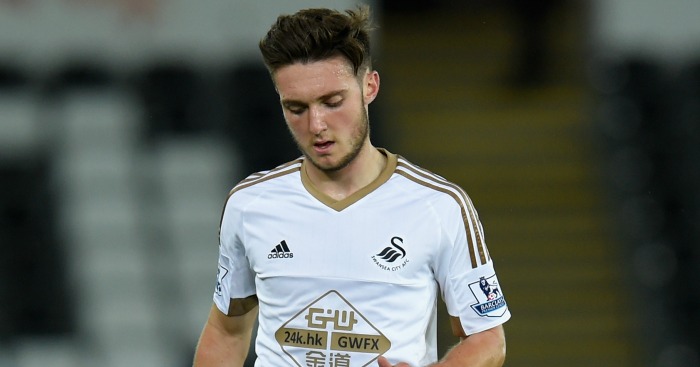 His key pass rate of one per game means that he is destined to create at least one big chance in every game. (Whoscored.com)

Hence, it is clear that Grimes is a talented player, who has the potential to be fantastic in due course of time. While Everton should sign and use him as a central midfield player, the versatility is just an added bonus.

Therefore, the Toffees mustn’t hesitate in making a move for the 23-year-old. In fact, they should do everything to sign him this summer.