Why Chelsea signing Roberto Pereyra could be a shrewd move

According to the Mirror, Chelsea are eyeing up possible replacements for Eden Hazard, and Watford’s Roberto Pereyra is in that list. Real Madrid are also keeping close tabs on the player who is yet to sign a new contract at the Vicarage Road.

As a result, there are suggestions that the decision-makers will cash in at the end of this season and sell the player who would then have 12 months remaining in his current contract.

The Blues are monitoring the situation of Pereyra, who has started this season in fine fashion, scoring exceptional goals and carrying the Hornets forward. The Argentine was tipped to shine when he made a move to Juventus.

However, that hasn’t turned out to be the case. He then made a switch to Watford in the hope of putting himself in the transfer market with the scope of a transfer to a bigger club in the offing. (Mirror) 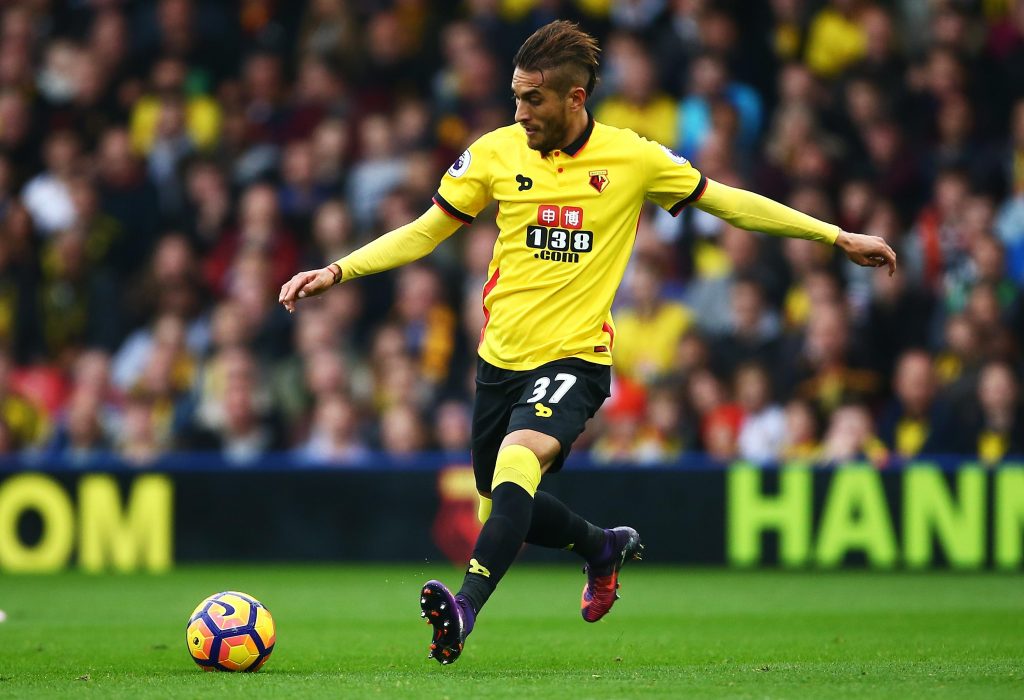 Now after making an impressive start, there should be no surprise that two of Europe’s big boys are keeping a close eye on him.

Even if Chelsea manage to keep hold of Hazard, they should look sign the 27-year-old Pereyra sooner than later. Here’s why:

Pereyra would add strength in depth

Roberto Pereyra is a fine exponent of a touch player who oozes class on the ball. He is a versatile playmaker and can operate on the left wing or as a number 10.

The Argentine has taken his game to a different level this season under Javi Gracia. He has already netted five goals in 11 games, a good return for a player who is not leading the line.

His use of the ball and the ability to go past defenders in a flash makes him a dangerous player in the opposition half. The goal against Huddersfield was a perfect example of the 27-year-old driving past defenders before they can even put a foot in.

Looking at the Chelsea squad, they have three genuine wingers in Willian, Pedro and Hazard. Even if the latter stays at Stamford Bridge, they should sign Pereyra in January or next summer. The Argentine will add some much-needed strength in depth and necessary competition to the squad, which is healthy in any top-level team.

Read More: Chelsea should hold onto this £27million star amidst interest from Italy – Agree?

The Blues are here to challenge for every accolade possible, and by enhancing the squad quality, they can increase their chances. Hence, getting Pereyra before any potential suitor intervenes is imperative for the club.