Why reigniting interest in Taison could solve Chelsea’s midfield conundrum

According to an earlier report from the Express, Shakhtar Donetsk’s Brazilian star Taison claimed that he had agreed on terms with Premier League outfit Chelsea but a move failed to materialise due to work permit issues.

The same report claimed that the Brazilian wanted to try his luck in the Premier League despite failing to secure a move to Chelsea in his earlier days.

The 30-year-old Brazilian creative ace joined Shakhtar back in 2013 and has been one of the cornerstones of his team’s domestic dominance in recent seasons.

Taison, who was a part of Brazil’s squad that participated at the 2018 World Cup in Russia, has 40 goals and 60 assists to his name from 220 appearances for Shakhtar Donetsk across all competitions over the course of five seasons.

Known for his versatility to play in multiple positions in the midfield and final third, Taison is essentially a left-winger by trade but has also been deployed in a No.10 role. Blessed with a sound technique, Taison is known for his ability to light up the scene with his creative passing and incredible vision.

Standing at 5ft 8in with a relatively lean frame, Taison is not the strongest player on the pitch but he shows a commendable upper body strength and good balance to ride his way past challenges.

A fleet-footed creative midfielder, the Brazilian knows exactly how to create his own space, twisting and turning in tight areas and changing directions to work the channels in the final third. The 30-year-old is a playmaker with a remarkable vision and has the ability to set his teammates clear through on goal with inch-perfect passes. He uses his tactical intelligence to good effect, drawing the defenders out from their positions to create those half-spaces.

He is not a one-trick pony by any means and has the ability to cut inside from the flanks with pace and can even supply the centre-forward with accurate crosses. Furthermore, he has a deadly right foot which is capable of finding the net from outside the box.

Taison averages 2.5 shots, 2.5 key passes and 2.3 dribbles per game in the Champions League this term to go with his pass accuracy of 86.1%, figures which speak volumes of his all-around ability as a creative midfielder.

To put things into perspective, Chelsea should reignite their interest in the Brazilian creative ace to bolster their midfield in January. Chelsea’s twelve-game unbeaten run in the Premier League under Maurizio Sarri came to an end with a humiliating 3-1 defeat at the hands of Spurs last week, documenting the need for a creative midfielder in their ranks. 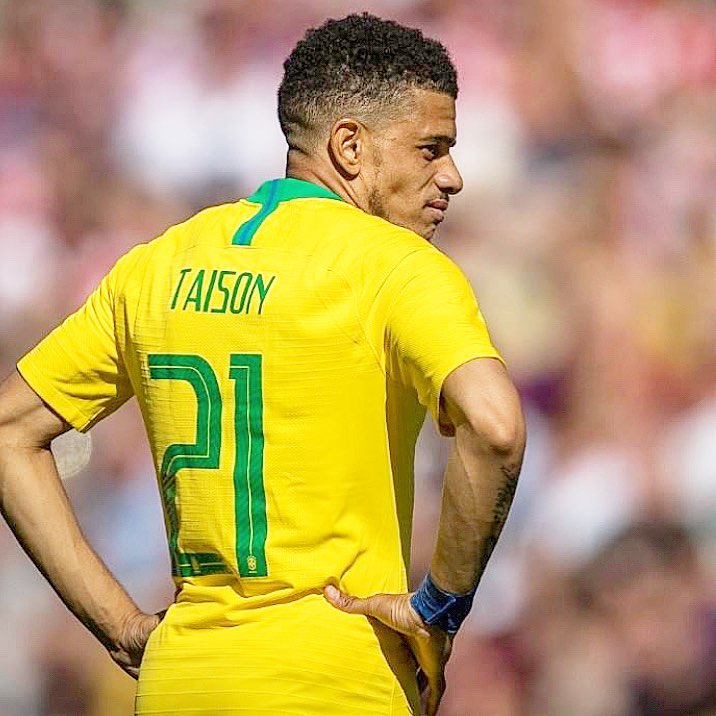 Cesc Fabregas has fallen out of favour under Sarri while Jorginho and N’Golo Kante are not really tailor-made to operate in a No.10 role behind the striker. Ruben Loftus-Cheek is a promising youngster with a massive potential but he is not quite the finished product that Chelsea need to challenge for the Premier League title.

Read More: Sarri’s decision to play world-class star out of position is showing it’s effect and Chelsea have to stop it immediately

Ross Barkley is probably the only player in the first-team apart from Hazard who is capable of sparking creativity in the attack but Sarri has preferred Madrid loanee Mateo Kovacic to play on the left of his midfield three more often than not.

That said, Taison’s ability to operate as the link between the midfield and the forward line should make him a perfect January buy for Chelsea and the Blues should definitely make a move for the hugely experienced Brazilian maestro.