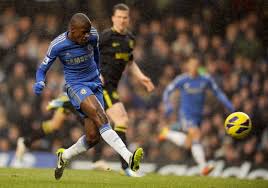 Chelsea Football club has had its share of interesting characters during Roman Abramovich’s reign. They range from the huge flops like Adrian Mutu to the misfiring strikers like Andiy Shevchenko. Most lately, many will be keen to point out David Luiz, a Brazilian defender who contributes as much to attacking as he does to defending. Fortunately for Luiz, his on field theatrics have garnered him the adulation of many fans. They adore his mazy dribbles from defence and his trade mark long range free kicks or shots. Yet there is another Brazilian who has quietly become one of Chelsea’s main lynchpins in midfield, a character none other than Ramires Santos do Nascimento.

A look at Ramires’s play style on the pitch would perhaps draw looks of surprise from fans unfamiliar with the 26 year old. Ramires while thinly built plays with an exuberance of energy and commitment on the pitch. While one might think that Ramires’s frail body makes him weak, his constant shuttling up and down the pitch relentlessly to contribute to defence and attack even as the game approaches the final whistle is a testament to his high level of endurance.

However, the biggest twist to the story would be that Ramires was actually born and raised in Brazil. (Cue even more looks of incredulity). This is perhaps one of the most peculiar traits about Ramires, a Brazilian midfielder who stands for everything that is not samba football.

While not completely true, it is the general consensus that Brazilian players are all about flair and skill. Footballing Legends such as Rivaldo, Ronaldo, Ronaldinho and most recently, Neymar, have thrilled football fans worldwide with their neat tricks and flashy dribbling. Compare them with the likes of Chelsea’s number 7, and you have a direct mismatch in Ramires. Unlike them, Ramires appears as normal as it gets. To many, all he does is run. He runs to join the attack, he runs back to defend, he runs with the ball to attack, he runs with the ball from defence.

In essence, the Ramires we have come to know is a simple player. He makes the right passes, dribbles forward and defends at the right time. He beats players using just a simple burst of pace and constantly creates attacking options with his tireless runs behind the lines. That is perhaps why he is so highly valued amongst players and coaches; he does the most basic part of football so well and plays for the team. A throwback to an interview conducted by the Chelsea football website lends further weight to his ability to run. Back then, interviewees asked players which of their teammates would they prefer to have in a 4 X 400 relay sprint. Almost all of the players, included Ramires in their line-up.

However, despite such high credentials, it was not all smooth sailing for Ramires when he first joined Chelsea.

13 August 2010. That was the day when Ramires became Carlo Ancelotti’s only major signing of the January preseason. Ramires joined the club shrouded in mystery. It did not help when he was handed the number 7 shirt, a cruel irony that may have misled some fans who thought that he was yet another flashy winger. In contrary, Ramires was far different from that.

When the Brazilian started his Career at Cruzeiro, he impressed with a play style that was unlike other Brazilian midfielders in the league at that time. The nickname “Blue Kenyan” soon followed, as fans likened him to legendary marathon runners who had high levels of stamina and tenacity. That nickname followed him throughout his career from Benifica to Chelsea, where he got the nickname of “Rambo”, for his ability to singlehandedly obliterate the most difficult of opponents.

However, the first half of his debut season at Chelsea was one of unfulfilled promise. While Ramires started games in his preferred central midfield role, he struggled to exert his influence on the pitch. Much of it stemmed from Carlo Ancelotti’s deployment of him as a defensive midfielder, where he was expected to just win back possession for the other players instead of driving the ball forward himself.

In that restricted role, it was hard for Ramires to utilize his fearsome pace and stamina. However, it was that stint in defensive midfield that made him a better reader of the game. Those lessons would eventually go a long way in developing him as a world class all-round box to box midfielder.

Subsequently, a shift in tactics saw the Brazilian gradually shine in games thereafter. Ancelotti deployed Ramires as the link between defence attack, giving him the license to roam from midfield to right midfield to allow him to drive the ball forward through a somewhat lacklustre right wing position occupied by Nicholas Anelka. That switch in positioning allowed Ramires to contribute more effectively to the Chelsea side’s width and attacking strength.

One of the finest moments for Ramires also came that year in a 2-0 win against Manchester City, where the Brazilian scored through an amazing solo run which saw him go past 3 City players. That was perhaps one of the rare moments, where Ramires showed critics his underrated dribbling ability and flair. The Brazilian ended the season with 35 appearances and 4 goals. 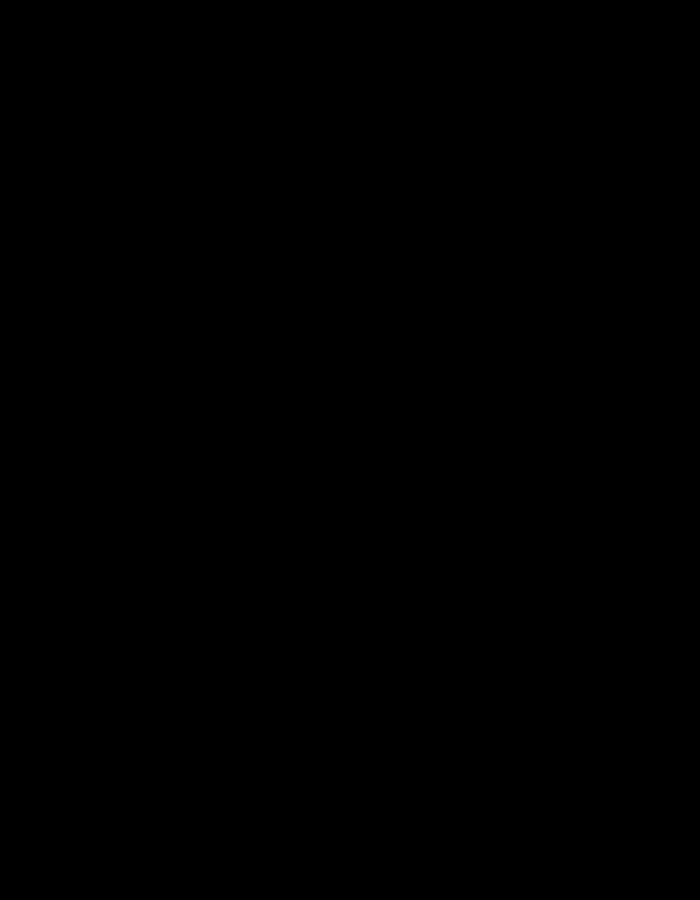 The next season (2011/2012) was one of even greater promise for Ramires. His consistency throughout the season was the shining light in Chelsea’s lacklustre league run.  Most notably, his heroics in the Champions league tie against Barcelona gave him instant cult status amongst Chelsea fans.

Robert Di Matteo then played Ramires on the flanks in an effort to use his pace to exploit space left behind by Barcelona’s adventurous full backs, a game plan that played well to the Brazilian’s pace and stamina. While tactics may have had a hand in determining the winning team, Ramires’s tireless commitment towards tough defending and shuttling forward for long balls eventually paid off when he latched onto a Frank Lampard pass in the first tie, sprinted down the length of the field before squaring the ball to Didier Drogba who scored the winning goal in the 1-0 win.

In the next leg, Ramires unfortunately received a second yellow card which ruled him out for the final. However, he continued to give his all, sticking to Di Matteo’s game plan which saw him latch onto a through ball yet again. In a burst of speed he ran down the right flank only this time, he finished his solo effort with a fantastic lob over Victor Valdes. Many would agree that that was the turning point in the contentious match. Chelsea drew 2-2, went through to the final and won, giving the Brazilian his first and only Champion’s league trophy. The goal which he scored against Barcelona then, also earned him the Chelsea Goal of the year award. Ramires finished the season with the most impressive haul of his Chelsea career yet, 12 goals and 5 assists in 51 starts.

Internationally, Ramires’s performances at club level also saw him become a regular starter from the Brazilian side, where his partnerships with either Luis Gustavo (Bayern Munich), Sandro (Tottenham) and more recently Paulinho, were favoured for their tenacity and energy. Ramires was also a key face in the rebirth of the Brazil team.

In the last season (2012/2013), Ramires’s performances were again consistent and inspiring, chalking up an impressive 62 starts. Ramires was also crucial in their Europa league journey, helping the team become the first ever back to back European champions. It is indisputable that Ramires has been one of the most consistent players in the squad since his entry into the team. With new manager Jose Mourinho taking the helms of the Chelsea managerial hot seat for the next season, Ramires is in the best position to step up and become the pillar of Chelsea’s midfield.

So far signs of that happening have been convincing, with only the transfer of Marco Van Ginkel, the Chelsea holding midfield positions will only be challenged between 4 key players (Lampard, Ramires, Mikel and Van Ginkel). However, Mourinho has stated that Lampard will be used sparingly and with no signs of further midfield additions, it is clear that Mourinho is making Ramires the main man this season. This is a good sign as Ramires has often been playing in systems that did not play to his strengths in the past.

Under Ancelotti, Ramires was at times shackled by defensive responsibilities. Under Andre Villas Boas and Roberto Di Matteo, he was used at times as an unorthodox winger, a move which saw him mostly struggle to create chances despite the odd moments of magic. Rafa Benitez restored him to his favoured role, but was unable to bring the best out of him. With Mourinho at the helm, things look likely to change for Ramires.

After all, Mourinho’s counter attacking play style is effectively the perfect environment for the Brazilian to thrive. Ramires can transition from defence to attack with his electric pace. His ability to double back and defend will also ensure that the side’s more creative players can flourish. Judging from preseason matches, Mourinho has tinkered with various pairings in center midfield. In most cases, it would seem that the most successful pairing would be that of Ramires and Van Ginkel in holding.

Ramires has grown in stature season after season despite insipid performances in the beginning. As Frank Lampard nears the end of his Chelsea career, the club desperately needs another player to step up to the plate. It is highly possible that the player can be found in the mould of the 26-year old Ramires.

The Brazilian has proven over the years that he can not only be a consistent performer, but also a big game player capable of inspirational moments of magic. Hence, he is the perfect player to take the club and this new look Chelsea side forward. Under the tutelage of Mourinho, there is no doubt that Ramires will spend his prime years as the face of a new era of dominance.