After being rejected for the first time, Chelsea are preparing a second bid of £30million for the England and Manchester united forward Wayne Rooney. Rooney has been in the circle of continuous speculations after handing in a second transfer request at the end of last season. Although, David Moyes is unwilling to release the player, Chelsea if rumours are to be believed are continuing to pursue the want away forward.

The Times quotes that: Chelsea are planning to delay a second bid for Wayne Rooney until after his appearance next week in Rio Ferdinand’s testimonial in the hope that a hostile reaction from Manchester United’s fans could hasten the forward’s departure from Old Trafford.

So it basically means, United fans will have a major say in Rooney’s future as the England International was already booed by a section of the crowd during United’s title celebration and should he receive the same reception from the Old Trafford faithful, it could ease the way for Chelsea to swoop in and make another bid.

And the latest buzz is that, Moyes will get back to UK for crunch talks with wantaway Rooney after United youngsters end Asian leg of pre-season tour on a high, according to reports. 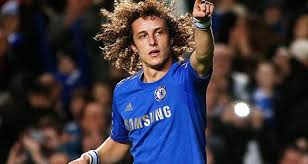 In other news, Chelsea insist that fan favourite Brazilian defender David Luiz will not be sold to Bayern Munich. Luiz, who returned to the Chelsea’s pre-season traiming camp on Sunday after an extended holiday due to his International duties was subject to speculations earlier this summer as Luiz along with Mata were rumoured to have been offered to Manchester United as part of a swap deal for striker Wayne Rooney. However, the Portuguese manager claimed that Luiz is definitely part of his plans and there is “no chance” that he would sell the player.

Following claims that Pep Guardiola is looking to strengthen his defensive unit with a £35-40 million bid for David Luiz, the Telegraph has today reported that the London club stand firm on Luiz’ future.