Fernando Llorente has opened up on Tottenham Hotspur as he prepares to leave the club next summer.

The 33-year-old scored 15 goals for Swansea City in the 2016/17 campaign and hence Spurs brought him in as a proven backup for Harry Kane in what appeared to be a perfect move. However, since his move from Swansea City in the summer of 2017, the Spanish centre-forward has struggled for both game time and goals in North London.

Fernando Llorente only managed five goals in 30 games last season and has made just six appearances in all competitions this season for Spurs. He will become a free agent next summer as his Tottenham deal expires and as far as the striker is concerned, he looks keen to move on and play regular football.

Given that Fernando Llorente could leave Tottenham on a free transfer at the end of the season, Mauricio Pochettino needs to start planning for the future and bring in a backup striker for Kane. That being said, here three replacements for Llorente who Spurs should consider in January.

Cedric Bakambu finished his impressive debut campaign in China with 19 goals, guiding Guoan to a fourth-place finish in the league table with 53 points from 30 matches.

Given Bakambu’s rich goalscoring exploits, Spurs must make a move for him in January. A strong, powerful centre-forward, Bakambu has the burst of pace to drive past the defenders and score. The Congo international isn’t blessed with a solid technique but he makes it up with his positional awareness and work ethic.

The 27-year-old is also not bad in the air, always finding himself in the right place at the right time. Bakambu has all the attributes to become a hit in the Premier League and a solid replacement for Llorente.

Willian Jose, 26, was formerly of Real Madrid but has really made a name for himself at Real Sociedad, hitting 20 goals in all competitions last season. He has three goals in nine La Liga games this term.

Willian Jose is a big, strong, powerful striker who can finish well on either foot and is also a good header of the ball. The Brazilian is a clinical finisher and his aggressive approach to the game makes him a trouble for the defenders.

The 26-year-old would also add another dimension to the Spurs attack, hence, Pochettino must consider him in January.

Godsway Donyoh failed to make the grade during his two years at Manchester City between 2013 and 2015, but he has managed to make a name for himself in Denmark with FC Nordsjaelland. 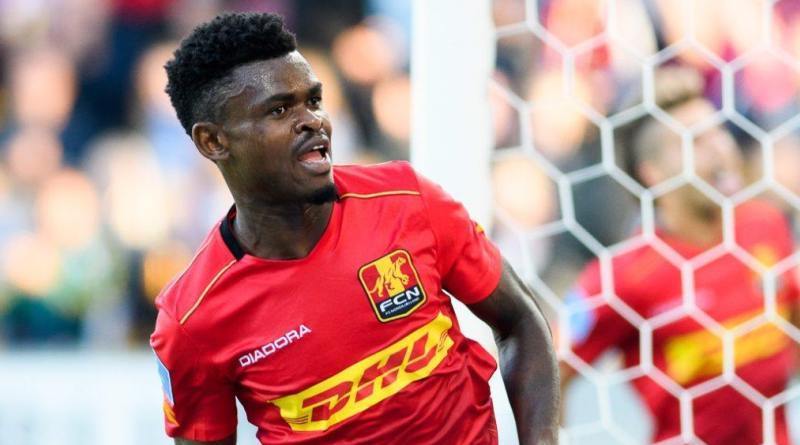 Donyoh is a fleet-footed winger but has the ability to operate on either wing and also as a centre-forward. Deployed as a centre-forward this season, the Ghanaian ace has shown his true qualities in front of the goal, netting seven times in the Danish top-flight.

Read more: 8 goals, 7 assists – Rated at around €30m, this Bundesliga star would be a perfect back-up striker for Tottenham

The 24-year-old has electric pace, power and silky dribbling skills to bamboozle defenders. With Kane being an indispensable figure under Pochettino, Donyah will certainly find regular starts hard to come by at Spurs, at least initially. Nevertheless, he can always try to work his way into the first-team.