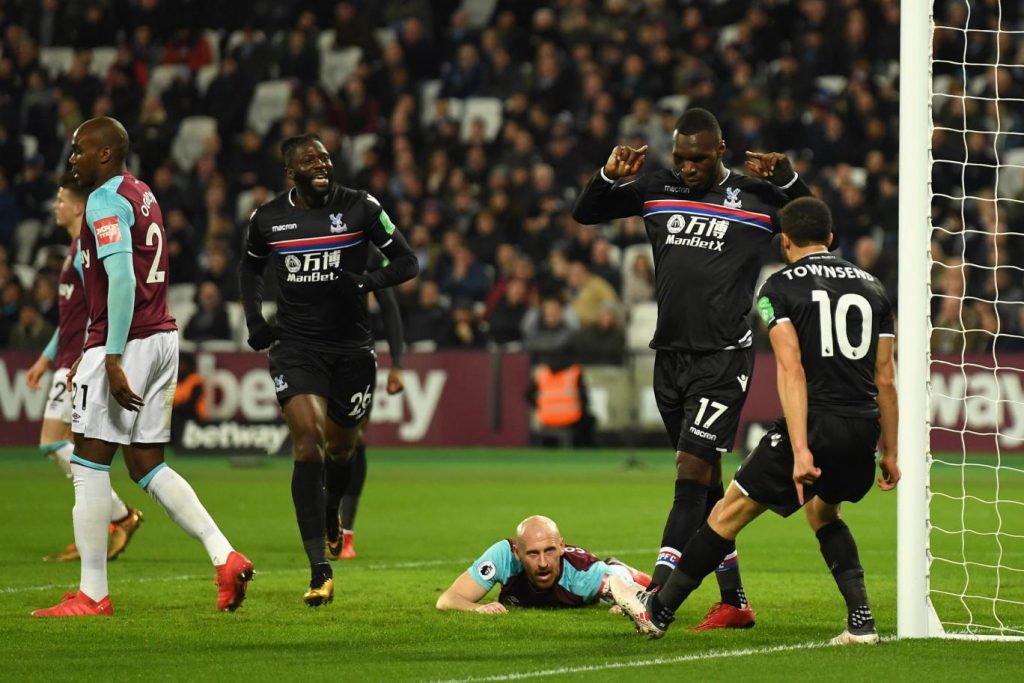 The London derby between West Ham United and Crystal Palace ended in a 1-1 draw, where each side had their moments of say in a rather sluggish, weary game. The Eagles dominated early on when they brought many bodies forward and the likes of Sako, Zaha and Townsend saw a lot of the ball. Moyes plotted six at the back when they were not on the ball, which meant they came out with a defensive mindset.

Christian Benteke leapt up to give Palace their much-deserved lead before Mark Noble converted from the penalty spot just before the cusp of halftime. Second half was rather scrappy as both teams failed to play their desired passes, stood deep and didn’t get their midfielders into the action. On an overall note, it was a crucial away point for Roy Hodgson’s team.

Barely disturbed in the first half but made a world-class save to deny Chicharito in the second half.

Was sound at the back, made a couple of match-saving blocks to deny the Hammers. Otherwise, was not disturbed much.

Apart from the penalty that he conceded, which lets his rating down, Tomkins was the best defender of the night. He got down to deny Chicharito, intercepted the ball and was rock solid at the back.

Won the battles in the air, read the game well and positioned himself brilliantly. A satisfactory, errorless performance.

Was defensively alright due to his work rate. Enjoyed it in the first half as he showed how good he can be while going forward. Had to sit deeper in the second half though.

An average show just like all other teammates of his. He wasn’t always tested defensively but stood up to the task when exposed to quick attacks.

A fine display of box to box play, read opposition passes well and broke the play whenever required. He barely put a foot wrong.

Had one moment where he looked threatening but apart from that, he had a quiet game. He was ineffective in the second half.

He created a couple of dangerous moments, one where he crossed it across the face of goal and another clever run down the left. His injury was a big blow.

Carried the ball forward, provided a lot of zip in the first half but was not effective in the second period. One could say that he was invisible at times in the second half, just like many other frontmen in his side.

Was barely involved in the build-up play but out-jumped the defenders around him to bury a bullet header into the back of the net.