Arsenal midfielder Mesut Ozil stole the headlines after the German controversially retired from international football. The former Real Madrid man will not represent his country anymore. Ozil claimed that the reason behind his decision was because he was constantly a subject to “racism and disrespect”.

Tempers flared when the German star posed for a photo with Turkish President Recep Tayyip Erdogan, along with his teammate Ilkay Gundogan.

A number of fans, former stars and politicians were distraught with Ozil’s behavior, criticising the player due to his Turkish descent. Ozil went on to say,

Germany crashed out of the World Cup in the group stages and Ozil was made a scapegoat of the defeats. The midfielder took to his Twitter and Instagram account explaining the reason behind his decision.

“The treatment I have received from the DFB and many others makes me no longer want to wear the German national team shirt,” he said as part of a lengthy statement.

“I feel unwanted and think that what I have achieved since my international debut in 2009 has been forgotten.

“It is with a heavy heart and after much consideration that because of recent events, I will no longer be playing for Germany at international level whilst I have this feeling of racism and disrespect. I used to wear the German shirt with such pride and excitement, but now I don’t,” he said.

However, the 29-year-old snubbing his country could work out perfectly for Arsenal. He has often shown signs of fatigue and tiredness after the international friendlies or competitions. The ongoing issues in the national team would have also hampered his mental capability and focus. The Gunners will definitely benefit from the midfielder’s resignation.

Ozil has been a crucial member of the Arsenal squad over the years and his stock could rise even higher under new manager Unai Emery. The German has made a total of 142 appearances for the Gunners in the Premier League, scoring 27 goals and providing a whopping 50 assists. The 29-year-old is one of the best pass masters in the Premier League. His creativity and vision has made him a peripheral figure at the club. 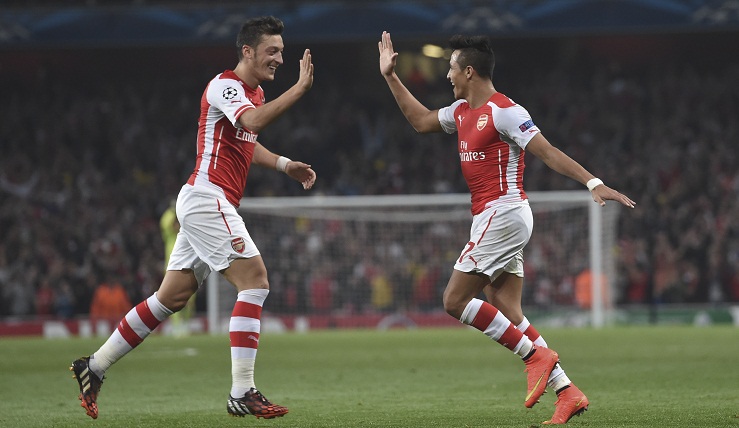 Read more: Why Emery should be smart enough and beat Man United to sign this Brazilian wall for Arsenal