Leeds United are currently in a pretty comfortable position at the top of the EFL Championship table with some daylight between them and the chasing pack behind them. They recently outplayed 6th-placed Derby County with a comfortable 2-0 home victory against Frank Lampard’s men.

While they have been excellent so far this season, a large part of the credit goes to the main man – Kemar Roofe. Having scored 14 goals in 21 appearances so far this term, he has been in fine form this campaign and has even had Premier League suitors, according to reports from Leeds Live.

While Roofe does get most of the credit, wingers Jack Harrison and Ezgjan Alioski have also been excellent this campaign. While they have been using their young players to get the results, former Swansea City man Pablo Hernandez is in their ranks to provide some much-needed experience to this young looking Leeds side. Currently 4 points clear at the top of the league, Leeds must ensure that they don’t drop any points from here. While the youngsters have looked excellent for Leeds, another experienced head in the attack to support and eventually replace an ageing Pablo Hernandez could turn out to be a good move from Bielsa’s men.

With Kemar Roofe in hot form, it would only make sense to bring in a quality player who is exciting on the flanks, works hard and puts in top-class crosses to create chances. A pacy winger would be the perfect player to back up this talented Leeds United squad.

According to reports from Wales Online, Leeds are targeting out of favour Ecuadorian winger Jefferson Montero. He has been at Swansea since 2014 and was an integral part of all their Premier League campaigns. Now in the championship, Montero has slowly been frozen out of the starting line-up, having made just 11 substitute appearances all campaign.

He is still 29 years old and certainly has the pace and prowess to trouble any defender in a one-vs-one situation. He is also an excellent crosser of the ball, whose speciality is his ability to pick out the gap between defenders and the goalkeeper with his crosses. 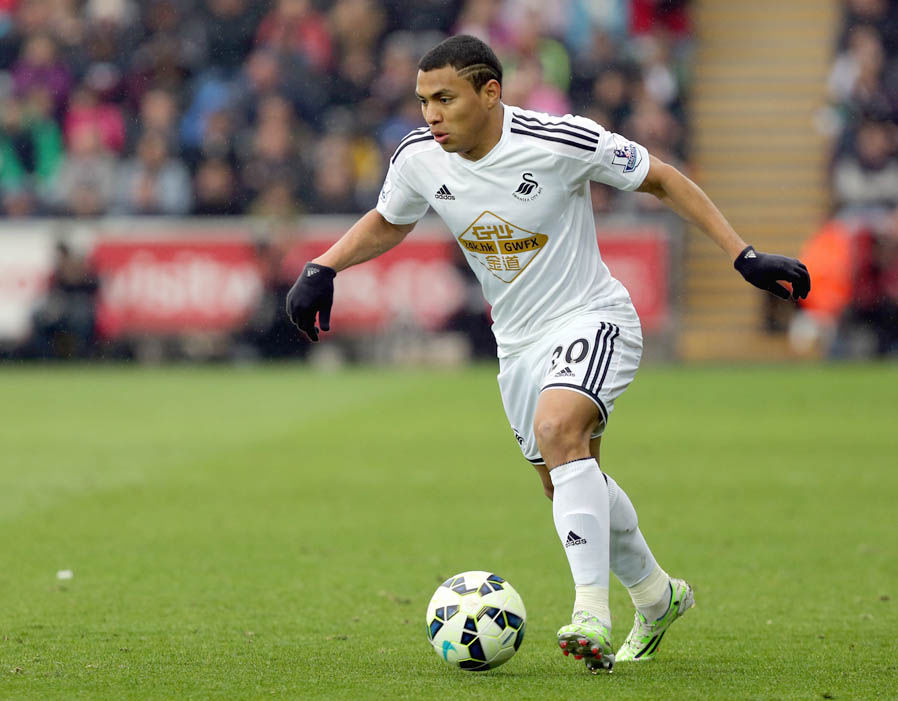 Read More: Leeds United signing this Real Madrid star would be nothing less than a warning statement to their rivals

With a clinical striker like Kemar Roofe who loves to get into the gaps, Montero could turn out to be the bargain of the season considering that his stock is bound to have dropped over the last couple of campaigns.

With a real possibility of Premier League football next season, this offer could be too much for Montero to pass up on and would also work out as an extremely smart transfer for Leeds.