Love or loathe Arsene Wenger’s style and philosophy, it wouldn’t take anything away from the fact that he has helped mould a lot of promising youngsters and turned them into established superstars and legends.

One thing the Frenchman is known for is, giving youths the opportunity, and while his gamble to always field a lot of them in cup competitions doesn’t always pay off, such exposure has been the perfect springboard to launch the careers of these Arsenal hopefuls.

As such, there is almost always a new Arsenal kid on the block to watch out for every other season, and the best way these teenage sensations announce themselves to the world is by bagging their debut goals at such a young age.

Here is a look at the some of the club’s youngest ever goalscorers in the Arsene Wenger era that have gone ahead to make impacts at the Emirates and beyond. 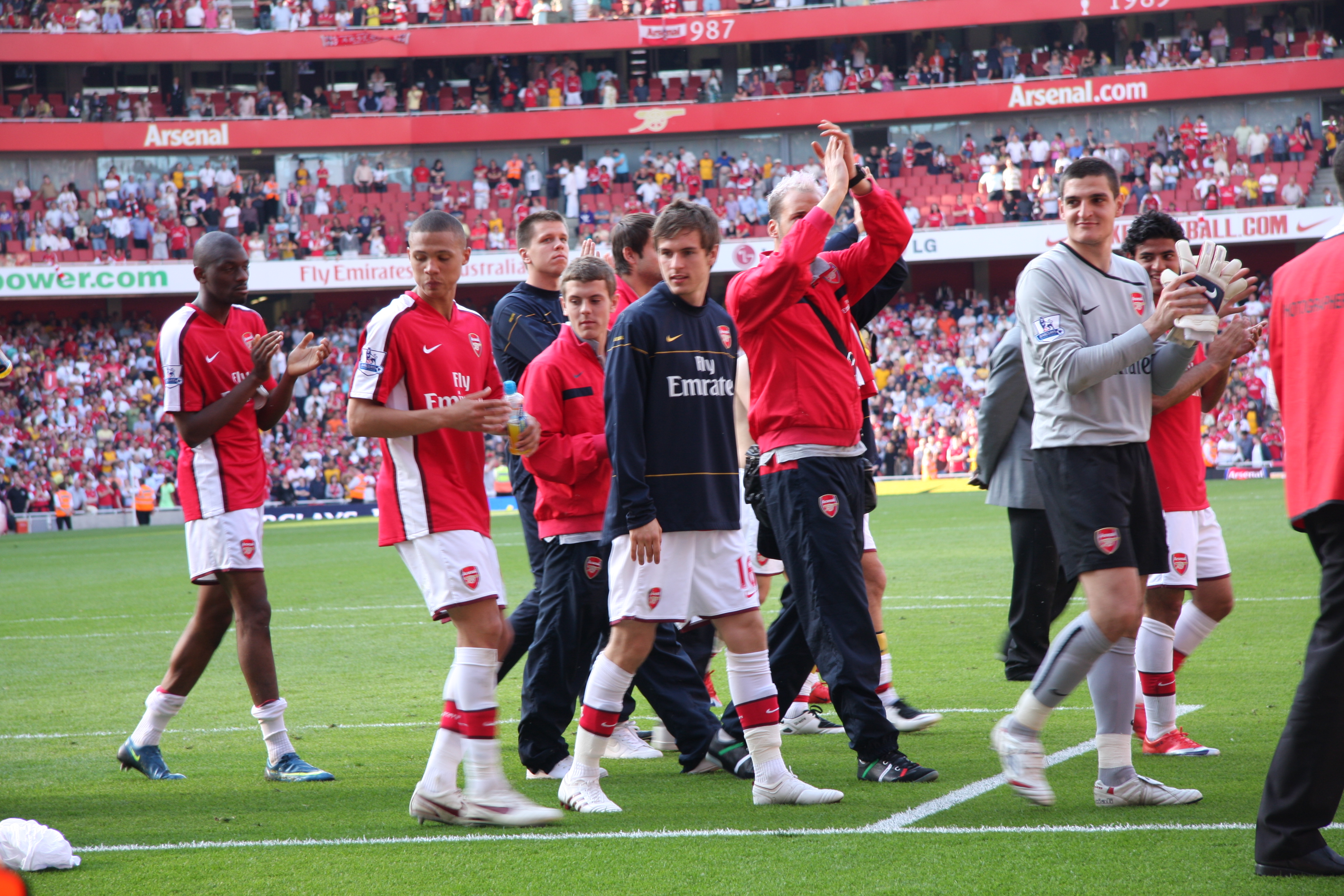 The Welsh became the 10th youngster goalscorer in Arsenal’s history on the 21 of October 2008. Aged 17 years and 301 days, a strike against Fenerbahce in the Champions League saw the now 25-year-old enter the records.

Since then, Ramsey has gone ahead to become the 5th youngest Champions League goalscorer, and the club’s 2nd for his goal against Fenerbahce in a 5-2 rout on October 21, 2008, at 17 years 301 days.

He has since added 41 more goals in 243 more appearances for the Gunners, and he remains a key part of the first team, though injuries have threatened his career at various times.

On the 20th of September in 2011, at 18 years and 36 days, the Ox became Arsenal’s 15th youngest goalscorer in a 3-1 victory over Shrewsbury Town in a League Cup game.

The 23 year-old-old winger is also the 7th youngest goalscorer in the Champions League (Arsenal’s 3rd and England’s youngest) for his strike in a 2-1 win against Olympiacos on September 28, 2011, when he was just 18 years 44 days.

Before leaving for Barcelona in 2011, the former Arsenal skipper became the youngest ever player to score for the Gunners, with his goal during a League Cup game against Wolves on December 2, 2003, coming when he was just 16 years 212 days.

The 29-year-old Chelsea midfielder is also the club’s youngest scorer in the Champions League and the 2nd ever, after finding the back of the net at 17 years 218 days in a clash against Rosenborg on December 7, 2004.

At the end of his 8 seasons at the Emirates, Fabregas had scored 57 goals in 303 appearances for Arsenal. He continues to divide opinions amongst the Gunners faithful, though, following his decision to line up for the club’s bitter rivals.

Before the injuries threatened to ruin his career, the 24-year-old England international was seen as the future of English football after he scored his first goal for Arsenal on September 23, 2008, in a League Cup clash against Sheffield United.

Wilshere was aged 16 years 269 days at the time. However, a lack of fitness and playing time has seen a move to the Vitality Stadium temporarily on loan. In his 9 seasons at the Emirates, the controversial midfield bagged 12 strikes in 159 appearances.

The winger holds the record as the 13th youngest Arsenal scorer, following his contribution to a victory over Chelsea in a League Cup on February 25, 2007.

At the time, Theo was just 17 years 350 days and already had the whole world watching after becoming the Three Lions’ youngest ever senior international at 17 years 75 days.

Walcott is also England’s under-21 youngest ever goalscorer having scored against Moldova at Portman Road in August 2006 at 17 and 152 days.

Before Chamberlain broke his record, he was the youngest English scorer in the Champions League at 18 years and 222 days after finding the net against Slavia Prague in a 7-0 win in October 2007.

He has also gone ahead to become t,he youngest player ever to score a hat-trick for England, having been just 19 years 178 days on September 10, 2008 against Croatia.

Till date, the winger has 94 goals in 359 games for Arsenal in 12 seasons since arriving from Southampton.