Chelsea are struggling to find a striker who can find the back of the net regularly this season, with Alvaro Morata currently struggling for form. The Blues are reportedly interested in bringing in Ashley Barnes from Burnley. A formal offer is yet to be made for Barnes, with the Blues currently inquiring on a number of options as they look to bolster their attack.

It is quite clear that Antonio Conte lacks faith in Michy Batshuayi who serves as the backup striker for Morata, so much so that the Premier League giants are willing to loan out the Belgian as he looks to increase his game time over the coming months with a view to making it to the Belgium squad for the 2018 World Cup finals in Russia later this year.

Barnes is certainly not a world-class striker as is proven by his stats. During his time with the Clarets, he has scored only 18 times in 122 games. If the Blues do sign Barnes, it should only be on a short-term basis. He is clearly not the type of player that should be playing for a club that is capable of challenging for League honours let alone for a place in the Champions League.

A move would certainly be a downgrade on the options of Batshuayi and Morata that Conte currently has at his disposal. However, in his defense, Barnes is experienced at Premier League level and has proven in the past that he is capable of scoring at the highest level. 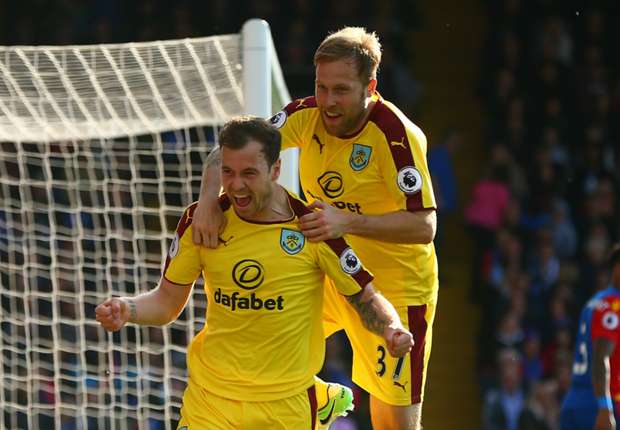 He has so far scored 4 times in 26 games in all competitions this season with most of those goals coming off the bench. In addition to this, Barnes is also a hard-working player who can cause problems for opposition defences and this is something which Chelsea could benefit from – given their current goal scoring woes.

However, Chelsea should be aiming to build for the future and should not sign Barnes. They would be better off giving youngster Tammy Abraham a chance and recalling him from his loan spell at Swansea. The young Abraham has already proved that he has what it takes to succeed at the highest level by going on to score 26 goals for Championship side Bristol City last season.

He was also rewarded for his potential with a call-up to the England national team last year and ended up making his national team debut for the Three Lions, against Germany. Perhaps it is now time for Conte to reward the youngster with some vital game-time for Chelsea this season and avoid signing someone like Barnes.