According to a report in the Telegraph, Premier League club Wolves are poised to open contract talks with captain Conor Coady in the near future. The ex-Liverpool centre-back is in line to get a new contract on the back of a terrific season in top-flight football so far under Nuno Espirito Santo.

The player’s wages increased up to £36,000-a-week after helping the club to promotion from Championship to the Premier League. However, Wolves are eager to offer improved terms to the 25-year-old later this month.

As per the report, even England manager Gareth Southgate has been impressed by the performances of the centre-back. He was present at the Molineux when Coady was in action against his former employers Liverpool in the FA Cup tie last week.

The player is in contention to get an opportunity to represent his nation during the European qualifiers in March against the Czech Republic and Montenegro (h/t Telegraph). Here’s why Wolves are doing the right thing by offering a new contract to their captain:

Coady leads the team by example

After being promoted to one of the best leagues in the world, Wolves have shown great appetite from the first day and are one of the better teams in the division. They are currently 11th in the table, well away from the danger zone and in fact, set to challenge for a top-10 finish.

While goal-scoring is an important aspect in football, defending and keeping clean sheets is what that allows a team to win matches on a consistent level.

This is where Nuno’s men are pretty good. The three-back system works for them in being defensively solid and also remain dangerous on the counter-attacks with pace and power up front. 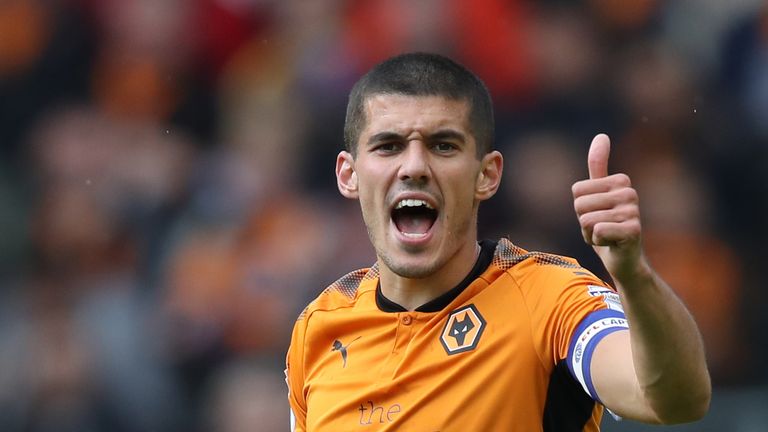 The defence, led by Conor Coady, has done a terrific job this season. They have conceded 28 goals in 23 games, which is outstanding for a team who have just got promoted. Many a time, a new team starts well but goes off the boil, however, the Old Gold have depicted their consistency as well.

Talking about the captain, he leads the team by example. The organisation of the defensive line, making crucial tackles and interceptions, and spraying diagonal balls towards the marauding wing-backs are some of his traits.

Read More: Wolves must go all out to beat Leeds and sign this 27-year-old Senegalese goal machine to solve issues in the final third

The 25-year-old is without a doubt one of the reasons why Wolves are solid at the back. Hence, it is a no-brainer that the club offers him improved contract terms and keep him for many years to come.