According to reports from the Daily Mail, Neil Warnock’s Cardiff City are interested in signing Genk striker Mbwana Samatta.

The best word to describe a standard Cardiff City season is ‘rollercoaster’. They are currently climbing one of the peaks and will soon find out what comes after the peak – whether it’s smooth sailing or a massive drop.

They are currently at 17th place, which is probably the worst position to be in from a mental viewpoint as the smallest shake-up could send them tumbling down. They are just 1 point clear of 18th-placed Newcastle and to make things more stressful for Neil Warnock, they have a worse goal difference. 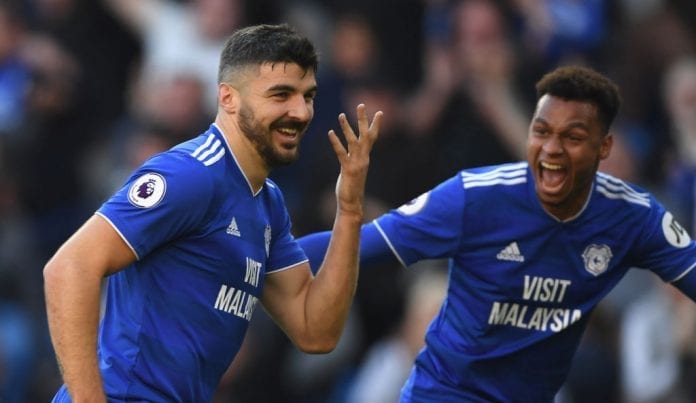 While the defence has been woeful at times, they’ve still managed to get enough points on board to not be in the dreaded relegation zone. They have won 5 games and drawn 4 to get to this position

The forward line too has been a concern for Cardiff since the start of the campaign. While Callum Paterson has slotted in and done a decent job, it’s often clear to see that he is a midfielder being forced play in the attack.

Bobby Reid and Paterson are two players getting all the game time at Cardiff, with Kenneth Zohore frozen out and Gary Madine warming the bench. Between the two of them, they do not have to firepower to beat top Premier League opposition.

With the Daily Mail suggesting interest in Mbwana Samatta, Cardiff’s striker problems could eventually become a thing of the past. He is the current top-scorer in the Belgian top-flight, having scored 15 goals in 20 appearances for Genk. He has also scored 3 goals in the Europa League and is a full Tanzanian international who recently even scored for them in the Africa Cup of Nations.

He is a pacy centre-forward whose main skill is his ability to finish from close range. His shots are often placed into corners or through the keeper’s legs. He has a keen eye for gaps once he gets into the box.

Read More: Who is this 30-year-old Nigerian wall being targeted by Cardiff City? Worthy of a pursuit?

His ability to beat the offside trap and casually stroke balls past goalkeepers makes him a dangerous threat. He also has the ability to head the ball really well, which will be an added bonus to the Cardiff side. Overall, Samatta is an excellent forward and if he replicates his Belgium league numbers from in the Premier League, then Cardiff City are in for big things.