Manchester United is one of the few football clubs in the world with a fan base spread across 6 out of 7 continents. Followed by people of all ages and nationalities, they have turned into more of a religion for many rather than just a football team to support.

They play a massive part in bringing smiles on the faces of millions around the world. But over the last few years, since the retirement of Sir Alex Ferguson to be specific, United have fallen down the pecking order of the best clubs in England.

The ultra-high expectations that come with being this English super club have taken its toll on the very core of this great football club. Now, after years of hardship, Ole Gunnar Soskjaer has taken over the role of manager at Old Trafford. This has come with an air of relief around the team and indeed, the fans.

Through these years, United have won the Europa League and the FA Cup – just a couple of tiny glistening lights in a rather dark looking story. Another such light is their 21-year-old English star Marcus Rashford.

Rashford has developed into an excellent player under the guidance of the recently departed Jose Mourinho. Strong, fast and an excellent dribbler, he has a blinding change of pace which can leave the opposition defenders confused.

His finishing and passing have also improved drastically over the last couple of seasons while he is also showing the determination that wasn’t being exhibited by too many other United players.

His decision-making is the one thing that he needs to be worked on. While it can be argued that he will become a more intelligent player with experience, he certainly possesses the goods to play a key role for United in the years ahead.

According to The Express, Barcelona and Real Madrid are both interested in signing the young Red Devil. Real are said to be in the driver’s seat in terms of this deal right now but Barcelona are looking to hijack this transfer to bring the Englishman to the Nou Camp.’ 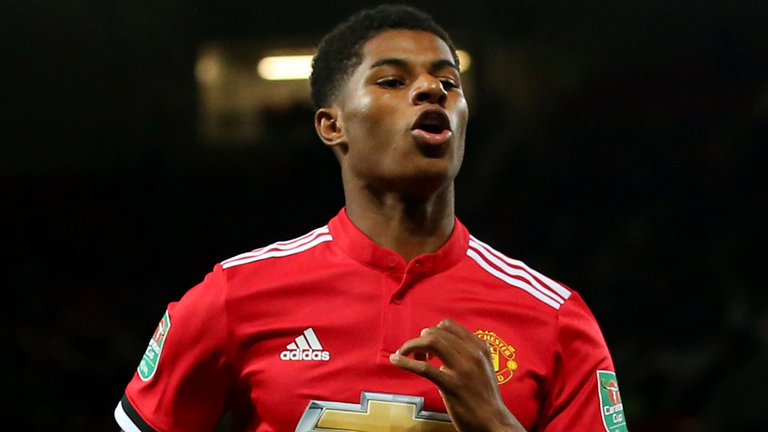 The report also suggests that AC Milan are also interested in signing the £45,000-a-week starlet but he could be set to fight for his place in the United squad under new manager Solskjaer.

With Romelu Lukaku, Anthony Martial, Alexis Sanchez and Jesse Lingard all available to fill up the forward roles, Rashford will have to impress in every game to nail down a starting place at his boyhood club.

Read More: Man United signing this top-class Brazilian speed demon for £36m would be daylight robbery and Solskjaer must do it

In the midst of all this, Manchester United must make it an absolute priority to do anything and everything in their power to keep the boy at Old Trafford for as long as possible because from all the action we’ve seen of him, he is certainly going to be a superstar very soon.