Chelsea have climbed right to the top of the Premier League table on the back of 9 successive wins with 34 points from 14 matches. Antonio Conte’s men are brimming with confidence, especially after last week’s 3-1 victory over Pep Guardiola’s Manchester City at the Etihad stadium.

The shift to 3-4-3 has worked wonders for the club. After the 3-0 drubbing at Arsenal, Conte seems to have turned the team on its head. The team has settled in and seems to be going from strength to strength. They have been ruthless in attack with the entire team playing as a unit. And now the next task for Conte’s men will be a visit of Tony Pulis’ squad – West Brom. Apart from a few injury concerns, there should not be any major surprises in the Chelsea line-up.

There will be some late fitness tests at Stamford Bridge as Chelsea look to extend their winning streak. Nemanja Matic missed last weekend’s victory over Manchester City with a muscle problem and could miss out Sunday’s fixture as well. Diego Costa and Pedro hobbled off during the City game with a muscle and ankle injury respectively. Both of them are doubtful for the game against West Brom.

Here is the predicted Chelsea line-up that will face West Brom on Sunday at Stamford Bridge.

Conte has so far preferred the Belgian custodian in between the sticks. Courtois is considered one of the best goalkeepers in Europe and will start the game.

Cesar Azpilicueta has been one of Chelsea’s most consistent performers.in the back three. The Spaniard will retain his place in the line-up.

David Luiz has been in terrific form at the centre of the Blues defence. Conte cannot afford to drop the Brazilian from the playing XI.

The Englishman has been in top form over the last two months and appears to be rejuvenated under Conte. He should start the game in the Chelsea defence.

Victor Moses has been Chelsea’s top performer so far this season having made the right wing back position his own. He is one of the first names in Conte’s line-up.

In Matic’s absence, Fabregas should start the game. He was drafted into the team in last weekend’s victory and provided a wonderful assist for Diego Costa.

The Frenchman is the engine that keeps Chelsea running. Kante has been superb for the Blues since arriving from Leicester City in the summer and will retain his starting place. 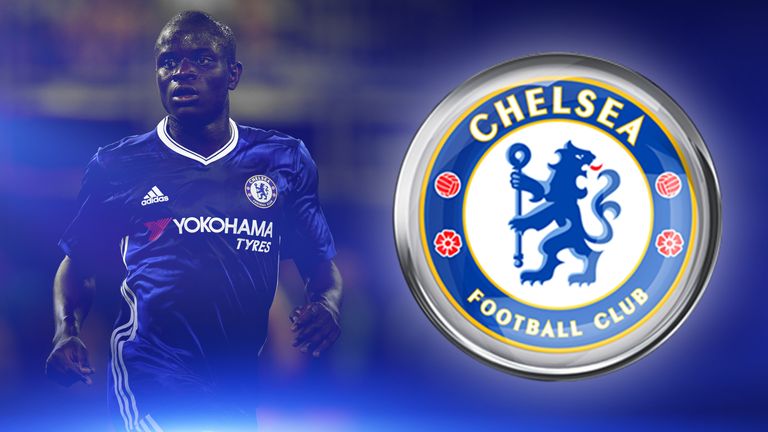 Alonso has cemented a first team spot with a string of commendable performances in the left wing back position. He will keep his place for Sunday’s fixture.

In Pedro’s absence, Willian should start the match. He scored in the victory over City and is in good form after making a return from injury.

In the absence of the league’s top-scorer Diego Costa, Chelsea’s new signing should start the game in the central forward position.

Eden Hazard’s is indispensable at the moment for Chelsea. With every match, he seems to be getting better and will start the game at Stamford Bridge.