Why West Ham must sign Franco Vazquez in January

West Ham are targeting a January move for Sevilla star Franco Vazquez after missing out on him in the summer, reports the Sun.

Hammers boss Manuel Pellegrini is keen to be active in the January market and wants to bring in the 29-year-old attacker to the London stadium.

Franco Vazquez has been a key part of Sevilla’s impressive start to the season under new coach Pablo Machin. The playmaker’s fine start to the season means that Sevilla have no interest in selling him in the January transfer window, claims Estadio Deportivo. However, West Ham must go all out to land the creative midfielder in January.

Pellegrini endured a tricky start to life at the London stadium but he has managed to turn things around with a fine run of results, including a draw against Chelsea and a victory over Manchester United. However, West Ham’s mini-revival has hit the buffers after back-to-back defeats against Brighton and Tottenham Hotspur. 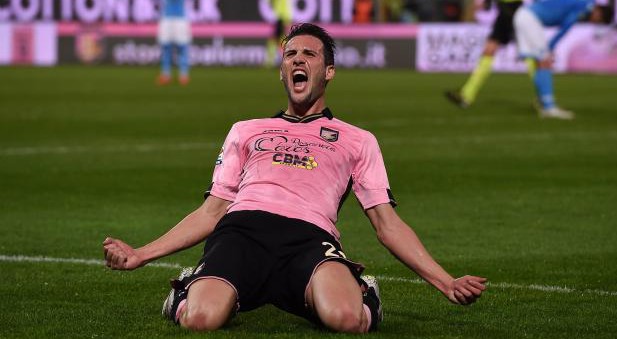 The Hammers signed as many as nine players in the summer transfer window, with some high-profile names like Felipe Anderson, Andriy Yarmolenko, Jack Wilshere and Lukasz Fabianski coming through the front door. Clearly, Pellegrini’s side have failed to live up to the expectations, particularly after spending heavily in the transfer window.

Apart from the likes of Declan Rice, Marko Arnautovic, Mark Noble and Issa Diop, none of the West Ham players has shone consistently so far this season. Furthermore, the Hammers have been dealt with a serious blow, with Andriy Yarmolenko damaging his Achilles tendon, which has ruled him out for six months.

With Yarmolenko set for a lengthy spell on the sidelines and the forward department not clicking enough to produce and score goals, a player of Vazquez’s quality could make the difference in the second half of the season. In fact, the Argentina international could be the missing link needed between the Hammers’ midfield and attack.

The 29-year-old is in his third season in La Liga after arriving from Palermo in the summer of 2016 and has impressed for Sevilla this term with a goal and two assists in nine La Liga games. Naturally an attacking midfielder, Vazquez can play on either flank or as a secondary striker.

A quick, skilful and industrious player, Vazquez combines his technique with his creative abilities to influence the play in the final third. The 29-year-old is a composed finisher in front of the goal and makes up for the lack of pace with his vision and understanding of the game.

The Argentine is a classy operator of the ball, picks up pockets of spaces and uses his intelligence to bring his teammates into the game.

That said, rekindling the interest in Vazquez would do a world of good for West Ham and Pellegrini should go all out to bag his signature in January.