Why Gerard Deulofeu’s return could bring Watford back on track

Javi Gracia’ men took everyone by surprise when they kicked off the Premier League season with four wins on a trot but the Hornets now seem to have put their feet off the pedal in the last four games.

Watford earned rave reviews for their stellar start to the season but the Hornets haven’t managed a single win in their last four Premier League fixtures.

Suddenly, the goals seem to have dried up and the partnership of Troy Deeney and Andre Gray that was instrumental in their initial success hasn’t looked all that threatening in the last few games. While Roberto Pereyra and Will Hughes have blown hot and cold, Jose Holebas, who was directly involved in five goals earlier in the season, seems to have lost his magic.

Although the Hornets fared pretty well in the 2-1 defeat to Manchester United and the 1-1 draw vs Fulham at Craven Cottage, they were very poor in their last game against Bournemouth where they crumbled to a 4-0 defeat after centre-back Christian Kabasele received the marching orders following a second bookable offence.

As things stand, Watford need someone to change things up. They have shown plenty of promise already and are quite capable of securing a top-ten finish with the quality of players that they have in their ranks. And there cannot be a better game changer than former Barcelona man Gerard Deulofeu.

A product of Barcelona’s youth system, Deulofeu was one of the top performers for the club’s B team but never came in with a strong shout for a regular place in the starting eleven due to the stiff competition posed by the international stalwarts at the club.

Consequently, he was forced to spend time on loan at several clubs across Europe including Everton, Sevilla and AC Milan.

After a season-long loan spell in the 2013/14 season, the Toffees signed him permanently in 2015 where he made a total of 46 appearances for the club across all competitions, scoring 4 goals. Those numbers do not do justice to a player of his calibre.

Agreed, he did not fulfil his promise at Goodison Park but that doesn’t make him a bad prospect for the Hornets.

He was signed by Javi Gracia on loan in January and netted his first goal for the Hornets in a 4-1 win over Chelsea last season. However, he has was unavailable for selection right from the start of the season due to hip and foot problems. Now that he is back to full fitness, he could play a key role for the Hornets.

A quick, agile and technically gifted player, the 24-year-old is capable of playing as a winger and a forward. He is known for his direct football and likes to take on defenders down the flanks with his pace and dribbling skills. 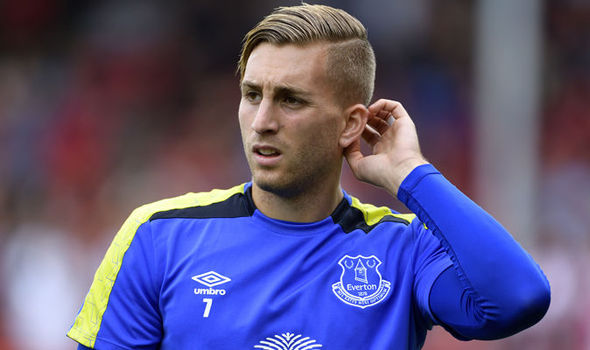 His sound technique allows him to run comfortably with the ball at his feet and he combines his instant acceleration with his dribbling to beat the defenders. He might not the most physically imposing attacker but he makes up for it with his wonderful technique.

A good crosser of the ball, the Spaniard is adept at using his vision to find the runs of his teammates in the final third. To go with his pace, skills and crossing, he is also a clinical finisher and rarely loses his composure in front of the goal.

Deulofeu might be the perfect feeder for the likes of Troy Deeney and Andre Gray. Javi Gracia should make use of his versatility and slot him in a wide position down the right. The Hornets have preferred a 4-2-2-2 formation so far in the Premier League, which hasn’t allowed the players to drift into wide areas.

Deulofeu should be the ideal option for the manager to make use of the width on the field. Will Hughes has been a tireless worker but his lack of quality has been evident at times. Also, Watford can use him in the centre as a supporting striker, which will allow him to link up with Roberto Pereyra and Troy Deeney.

Read More: 2 Key signings Watford could make in January to boost their European dream including this Celtic star

Hence, Gerard Deulofeu is the man to watch out for in the coming games. He might not play the full 90 minutes as the manager would be wary of a recurrence of his injury but a player of his quality doesn’t necessarily need 90 minutes to make a difference.