Troy Deeney is a player whose history has been courted by controversy. In 2012 he was jailed for 10 months for kicking a man in the head during a brawl. But he himself would tell you that it was the best thing that ever happened to him, and he has not looked back since.

At the time, Watford showed tremendous support to Deeney and they stuck by the forward who would come to training having been released from prison wearing a tag. Their then manager Gianfranco Zola told the forward that he must start from the bottom and build himself up, so that is what he did.

And he has grown into one of the most under-rated Strikers in the Premier League, a forward capable of terrorising defences on his day. He has broken records at Watford and become something of a cult Hero at the club, he has repaid them for the faith shown in him.

One club that are looking to prise him away from life at Watford is West Ham.

West Ham have notrious struggles in the centre forward position, despite spending a lot on forwards in the past few years. But either due to injury or poor choices, they just haven’t found somebody reliable who can regularly hit the back of the net and make the position their own.

That would explain their interest in the Watford forward. You know what you are getting with Deeney. He is a man who will work his socks off, provide opposition defences with a test for the whole 90 minutes and create space and chances for his teammates. 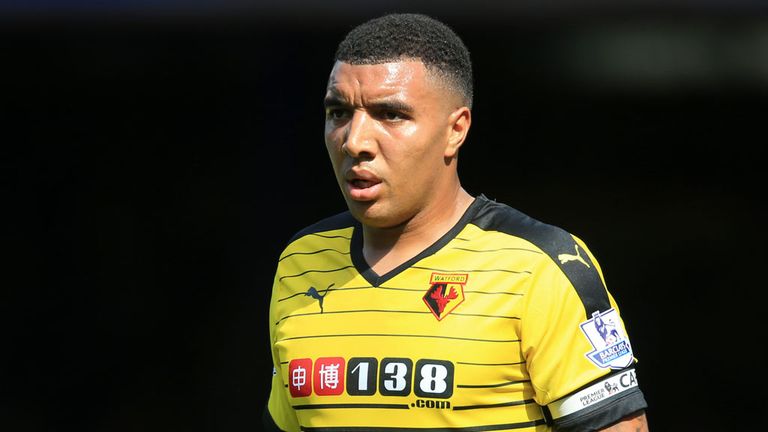 Although he isn’t the most prolific forward in the world at Premier League level, he still scored a respectable 13 goals in 38 league appearances last season. And for West Ham manager Bilic, it is the 38 appearances that is most likely to be one of the most attractive numbers in that stat.

Bilic needs somebody dependable, somebody they can count on day in day out and provide a guaranteed outlet for the likes of Payet and Lanzini. Deeney would offer that. He would run the channels, bully the defenders and make runs for their playmakers to find. But he would also create space for these two magicians to operate in.

However there is one slight problem to this plan. Deeney signed a 5 year contract in the summer and it is thought that he is very comfortable playing for the Hornets. After the club standing by him during his difficult times, it looks very unlikely that he would push for a move away, he values that loyalty.

And as seen by Watford looking to tie him down to a long term contract, it looks highly unlikely that they would look to sell their striker.

So it’s all very well and good West Ham having an interest in the striker, but unfortunately for them they will probably have to continue their quest to find a reliable forward. As any bid is likely to be met with a firm ‘NO’.