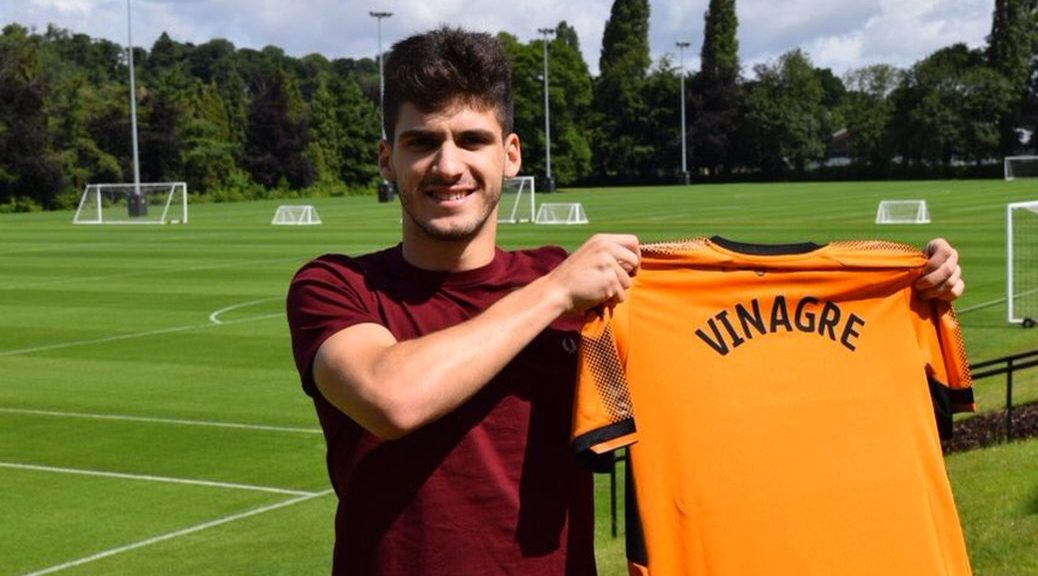 Wolverhampton Wanderers have the option to sign on-loan player Ruben Vinagre on a permanent deal this summer, as per a report from Express And Star.

The 18-year-old joined the Wolves on a loan deal from AS Monaco but there are some doubts about his future at Molineux. He started out on a strong note and he put in some stellar displays in the left-wing back role. However, it has been a while since Vinagre has played for the Championship leaders.

The teenager has found himself on the sidelines quite often in recent times and is yet to make a single appearance since December.

In fact, his last game for Wolves was the FA Cup third round clash against Swansea City. That was a rather terrible display from the promising defender who picked up a red card in the game. From then on, Nuno Espirito Santo has chosen to utilise Barry Douglas ahead of him.

What has further worked against Vinagre is Douglas’ splendid form. He has been in scintillating form for the club and his performances have put him at the top of the list of best left-backs in the league.

Douglas has remained true to the nature of a modern-day full-back in the sense that he can attack and defend with equal gusto. He has scored 4 goals and has chipped in with 12 assists this season, in addition to fulfilling his defensive duties.

Now, Douglas is not only one of Wolves’ strongest defenders but he is also a solid instigator of attacks. In such a situation, it has become impossible for Vinagre to make his way back into the first-team.

The teenager requires regular game time to improve and develop but from what we have seen so far, there appears to be no room for him in the current Wolves squad. The situation is rather unfortunate considering his strong start but it is what it is.

Douglas has shown no signs of slowing down and even if Wolves were to sign Vinagre to act as a back-up, it remains to be seen if the teenager would forego the prospect of regular game time.