According to a report in Leicester Mercury, West Ham United are now looking to make a move for Leicester City target and current AC Milan star Hakan Calhanoglu.

The Foxes have been interested in the 25-year-old for some time now, with Brendan Rodgers taking a close look at the player. Now, along with the Hammers, Turkish giants Fenerbahce are also in the race (h/t Leicester Mercury).

The former Bayer Leverkusen player hasn’t been at his best this season but remains a quality player, who has the abilities to make a difference.

Furthermore, Milan director Leonardo wants to revolutionalise the forward line of the team, which could spell the end of Calhanoglu’s time at San Siro. (h/t Leicester Mercury) The Turkey international initially arrived in Italy in the summer of 2017 for a fee around €20m (h/t ESPN).

With the two Premier League clubs linked with him, here’s why West Ham should beat Leicester in the signature of the 25-year-old: 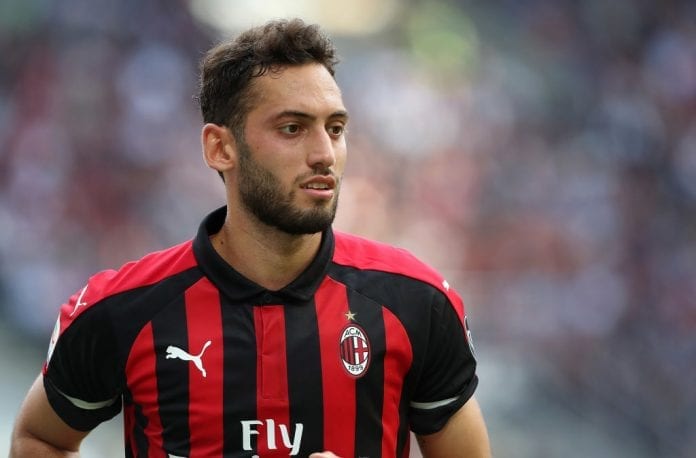 Hammers could do with more quality in their front line

Hakan Calhanoglu is a versatile player, who can play as a left winger, attacking midfielder or as one of the central midfielders from box to box.

The Turkish international is right up there when it comes to making the right use of the ball in the final third. He is good at drifting into space and exploiting the gaps in between the lines of the opposition defence.

Moreover, we have seen what the 25-year-old can do from dead-ball situations, especially when there is a direct free-kick around 20-25 yards away from goal.

Even though the Milan man is not blessed with rapid pace, his trickery with the ball and use of the brain at the right time makes him an equally effective player in the final third.

West Ham could do with someone like him in their squad if they are really looking to progress and target a top-seven finish next season. Calhanoglu’s technicality with the ball would add extra verve to their attacks, making them a dangerous ball-playing attacking team.

Manuel Pellegrini is a type of manager who loves to build attacks via short passes on the ball. He should certainly add Calhanoglu to his squad to enhance the quality of ball usage in and around the final third.