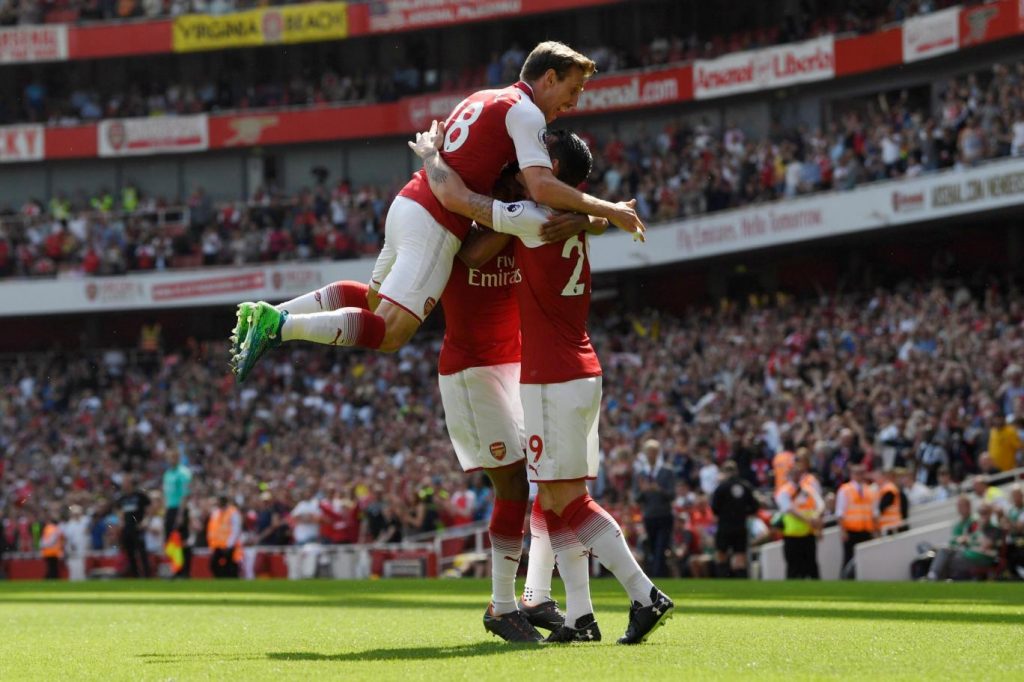 They have no hope of clinching a Champion League berth via a top-4 Premier League finish but conquering the Europa League title will offer the Gunners a backdoor entry into the prestigious European competition.

The announcement of Arsene Wenger’s departure at the end of the campaign must inspire the North Londoners now to finish the season on a higher note and clinch the silverware to bid the veteran Frenchman a perfect goodbye.

The veteran custodian should return between the sticks, replacing David Ospina.

Though he hasn’t been all that effective when going forward, Bellerin has been defensively solid this season and must continue to be so when facing Atletico Madrid.

Has been erroneous at times but had lifted his game of late and is now showing resilience and discipline at the back.

The veteran Frenchman’s season has been interrupted by injuries but he is back now and looks ready to lead the Gunners once more from the heart of their defensive line.

The Spaniard has been consistent throughout the campaign as he is not only performing his defensive duties but is also scoring goals and assisting the attackers high up the pitch.

Elneny’s injury might see Jack Wilshere return to action as the Englishman is likely to recover from his injury, prior to the fixture.

The Swiss midfielder has not lived up to the expectations but has stayed committed to the job. He is settling down well and is a sure starter against Atletico Madrid.

The German superstar has extended his stay in North London and is expected to step up in this electrifying encounter by orchestrating moves and creating opportunities in the attacking third.

The Welshman has performed incredibly well in recent weeks. He is scoring goals, assisting them and troubling the opponent’s defensive line with his runs and link-up play.

The Three Lions forward has been utilised in a wide role and has delivered some match-winning performances of late. He is likely to be retained for the midweek encounter.

The Frenchman has been in stunning form since returning from his injury and will lead the line against the Rojiblancos in the absence of the cup-tied Pierre-Emerick Aubameyang.