As per reports, Burnley full-back Matt Lowton has penned a new three-year contract, which keeps him at Turf Moor until 2021.

Lowton, 29, who was under contract until 2020, has been a mainstay in Burnley’s defence for the majority of the three years he has spent with the club since moving from Aston Villa.

The right-back made 26 Premier League appearances for the Turf Moor outfit last season and assisted 3 goals. But it wasn’t a plain sailing for Lowton this past season as he tackled injury problems that saw him spend nearly two months on the bench after recovering from a knee injury.

Lowton, Sean Dyche’s undisputed first-choice right-back, lost his place following a knee injury in November and has had to bide his time, with Phil Bardsley taking his chance in the former Aston Villa man’s absence. But Bardsley picked up a hamstring problem in early February that gave Lowton a chance to return.

And once Lowton displaced Bardsley in the first-team, it was difficult to shake him off, as the right-back maintained his good form until the final week of the season. That patience and determination to fight until the final minute of every game has made Lowton an endearing figure amongst the Burnley fans.

In 2015, Lowton sprung a surprise when he decided to drop down to the Championship, swapping Aston Villa for Burnley. Since becoming a part of the Clarets’ army, the 29-year-old has established himself as one of the most important figures under the management of Dyche. Lowton may not be a star figure at Burnley or a regular headline maker but his essence at Turf Moor is clear to see. 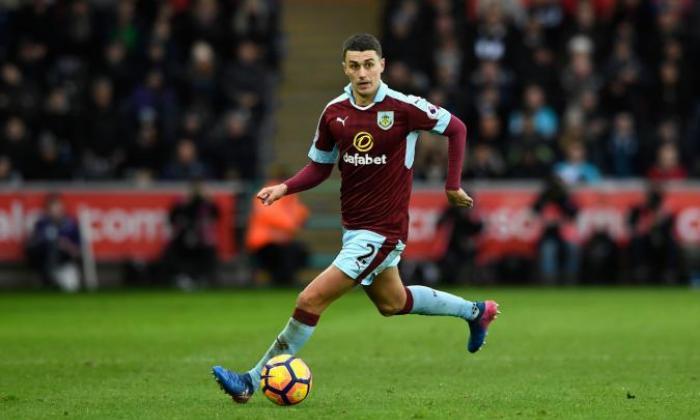 Solid if not spectacular, Lowton has stuck to his guns at Turf Moor, regularly leading the team by an example. He was one of the crucial figures for Burnley back in the 2015-16 campaign, helping the club win the Football League Championship title and earn promotion to the Premier League.

Despite making 26 Premier League appearances, Lowton also played his part in guiding the Clarets to a record 7th-place finish in the top-flight which saw them earn a place in the Europa League.

It is tough to describe how important Lowton is to Dyche and Burnley, as the marauding right-back has been a positive influence over his teammates ever since he stepped into the club. The defender’s passion, commitment, energy and leadership qualities have made him a firm fan favourite at the Lancashire-based club.

Read more: 6ft 5in colossus could be the final piece of Sean Dyche’s outstanding Burnley line-up

The new three-year deal apparently comes as the board’s reward for Lowton’s top-notch attitude and professionalism that has seen him cross every hurdle that has come in his way so far. All in all, Burnley securing Lowton’s future is a move in the right direction.