Manchester City fans will be able to warrant for the drastic changes that took place at their club after the financial takeover. New players were bought, new infrastructure installed and what used to be a regular mid-table team spoken of in the same category as Everton or West Ham, turned into the European powerhouse that they are today.

Players brought in during the 2010/11 season included Edin Dzeko, David Silva, Yaya Toure while the old guard of City – Benjani, Craig Bellamy and Wayne Bridge were all sold. This triggered a revolution at the Etihad Stadium and one result of this was the purchase of highly-rated Italian forward Mario Balotelli from Inter Milan. 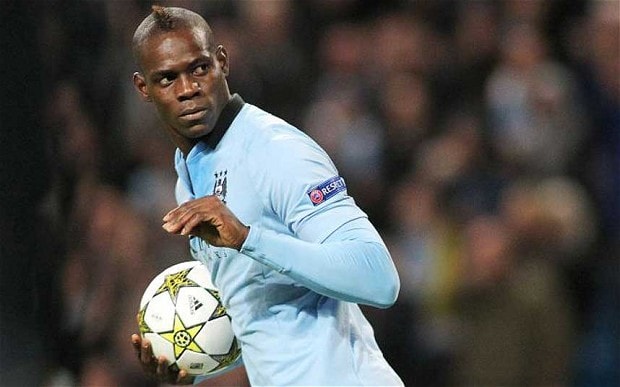 While he was only 20 at the time, his time at Manchester City was not a successful one as he was constantly getting in trouble off the pitch because of his horrible attitude and interests. This meant that a team that was transforming into a Premier League giant didn’t have a place for him anymore.

After short and completely unsuccessful stints at AC Milan, Liverpool and then a loan spell at AC Milan again, Liverpool finally sold the Italian to French minnows OGC Nice. This season, he has made 10 appearances for The Eaglets but is yet to open his scoring. He does, however, have 1 assist to his name.

A report from Daily Mail has suggested that a move to Newcastle could be on the cards for the Italian. Undoubtedly a top striker when he’s able to keep his attitude and discipline in check, Rafael Benitez could be the perfect manager to finally mould Balotelli into a proper striker. He would fit into the system at Newcastle well with his ability to take long shots.

He should look to seize the opportunity to not only return to the English top flight but also prove to his critics, and most importantly to himself, that he is capable of maintaining the kind of discipline and perseverance that is expected of a top-level footballer.

Read More: Why Newcastle must sign this 28-year-old clinical Frenchman to add some edge to their attack

The support he would receive from the likes of Kenedy, Jonjo Shelvey and Ayoze Perez should be enough to hoist him back to the level that he was always touted to reach as a youngster. If he’s able to keep his attitude and anger in check on and off the pitch, a move to St.James’ Park could be the move that finally turns Mario’s footballing fortunes around.