Why Swansea City should sign Carl Jenkinson in January

Swansea City have looked impressive in the Championship this season after being relegated from the Premier League last time out. New manager Graham Potter has guided the team into the playoff zone and the Swans are now one of the early favourites to make it back to the Premier League next season.

However, Graham Potter is definitely going to need more players to bolster his options as the season starts to get more intense. The manager can make a move for out of favour Arsenal defender Carl Jenkinson. The 26-year-old right-back is yet to feature under new manager Unai Emery this season and there’s no certainty as to how much he will play under the former PSG coach.

Over the years, the English right-back has often been loaned out and this is exactly why Swansea City should make a move for the defender. 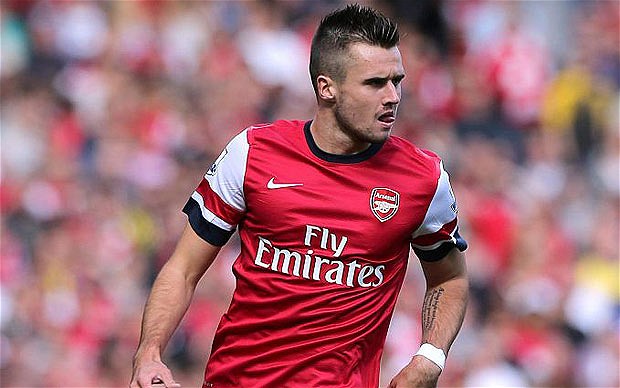 It’s clear he will not play a regular role under the Spanish coach given that the Gunners possess the likes of Hector Bellerin and Stephan Lichtsteiner for the right-back role. A move to the Championship would provide the defender with the opportunity to play on a regular basis and improve himself as a footballer.

Aged just 26, Jenkinson still has a number of years to go before hanging up his boots. Over the last couple of seasons, the right-back has been loaned out to the likes of West Ham United and Birmingham City.

Though they were not fruitful stints, Jenkinson has shown he possesses the quality to thrive in those teams. Swansea City currently deploy youngster Conor Roberts at right-back, who has impressed under Potter so far. He is definitely a key member of the squad, however, he could use some rest given his tender age.

Kyle Naughton is there in the squad but the arrival of Carl Jenkinson would provide the Swans with further depth and cover at the back. Jenkinson is a marauding full-back who loves to raid down the flanks to support the attack.

He is also much more experienced in terms of playing at the highest level as opposed to Conor Roberts. If Swansea City are to challenge for promotion this season, they should definitely bring in the Arsenal defender. With much of the responsibility on Conor Roberts’ shoulder, it could sabotage the player’s momentum and fitness as well.