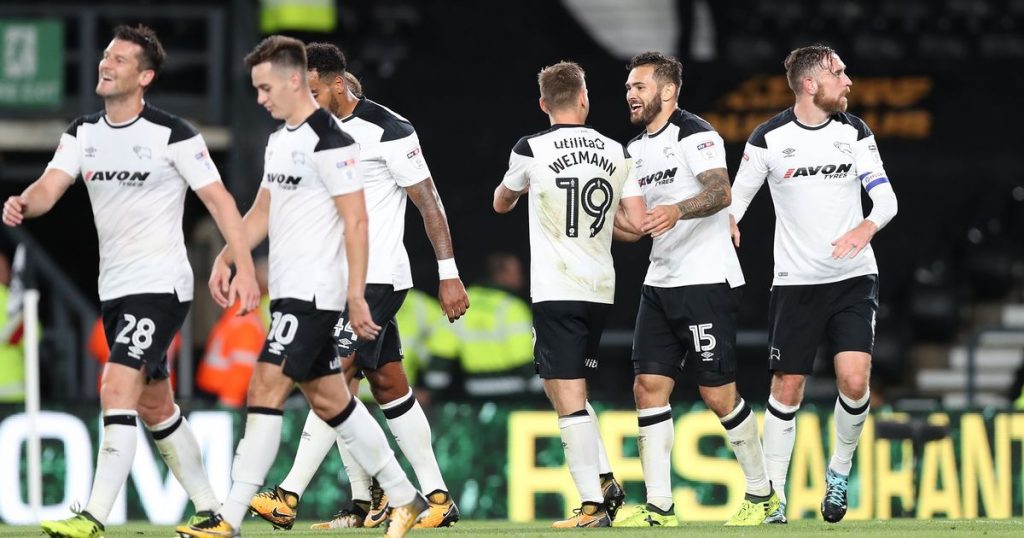 Derby County travel to Molineux on Wednesday to face Championship leaders Wolverhampton Wanderers in an exciting midweek clash. The Rams come into this game on the back of consecutive victories against Preston North End and Bolton Wanderers.

A win could boost their hopes of solidifying their spot in the league standings but beating Wolves at their home ground will not be an easy task.

However, Derby have been in good form lately and Gary Rowett’s men will be looking to cause a nasty upset.

Carson is known for making some important saves and he has been a pivotal player in the Derby squad this season.

Wisdom offers a lot going forward and he is defensively stable as well. A sure starter for the game against the Wolves.

Davies generally establishes strong control at the heart of the defence and is one of the club’s most reliable players. He should hold on to his spot.

Pearce is expected to partner Davies and the duo has been defensively solid of late. However, they face a massive test against Wolves.

Baird boasts of excellent positional understanding and he is expected to retain his spot against the Wolves.

Huddlestone can work wonders in the midfield area and he is sure to find his name in the starting XI this Wednesday.

A calm and experienced player in the middle of the park, Ledley’s influence is unparalleled and he is likely to start.

Lawrence’s confidence continues to increase as he goes from strength-to-strength. He is likely to be deployed in his usual role.

An unstoppable force, Vydra has been an instrumental player for Derby so far. He should start against the Championship leaders.

Needs to work on his finishing but Weimann is a resourceful player and he is likely to start.

Nugent is expected to lead the line as usual. A goal from him would go a long way in deciding the outcome of the game.