According to a report from The Daily Post, Rangers boss Steven Gerrard is lining up a move for his former Merseyside rival Phil Jagielka in the summer. The Everton skipper will be out of contract in the upcoming transfer window and Rangers are keen to bring in the veteran defender to Ibrox next season.

The Gers failed to get the better of their arch-rivals Celtic yet again, as the Hoops lifted their 8th consecutive league title last week. Steven Gerrard’s side are guaranteed a second-place finish in the league but they will have to work hard to close the gap next season.

Defenders Gareth McAuley and Joe Worrell are set to depart from Ibrox at the end of the season. This leaves the Gers with just Connor Goldson and Nikola Katic as their senior defenders. A new central defender has to be an absolute priority for Rangers in the summer and Phil Jagielka would be a dream signing.

The veteran has been an incredible servant to Everton over the last 11 and a half years. However, the Toffees have a strong defence already to which they could potentially add in the upcoming transfer window.

This leaves Jagielka little room to feature and a contract extension at Everton if offered will be pointless to sign. A move to Rangers would be a fantastic personal move for Jagielka, where he could make a real difference in the final few years of his playing career.

Jagielka will bring in enormous experience of over 600 senior games, which will be a huge asset to Steven Gerrard’s side and to the young players in the squad. Goldson and Katic are both relatively young and they would learn a lot from the veteran if he makes the move in the summer. 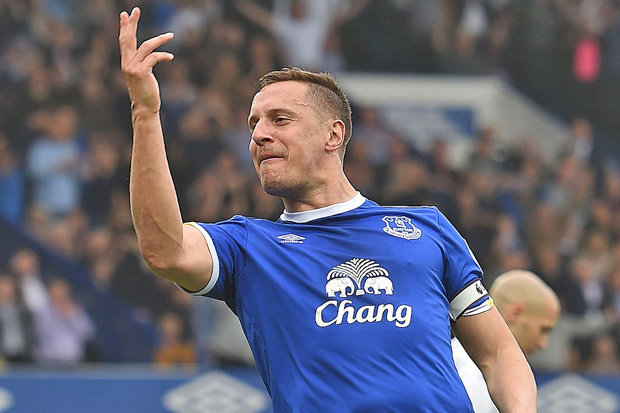 A league like the one in Scotland is an ideal destination for Jagielka, where the physicality is as high as in the Premier League but technically it will be a lot easier, thanks to his years of experience in the English top-flight.