Salomon Rondon scored the only goal of the game to give Newcastle United a narrow victory a vital away win against Huddersfield Town at John Smith stadium on Saturday.

It was Newcastle’s first win in four matches to ease their relegation worries against David Wagner’s side, who remained third from the bottom in the standings.

But the hosts, Huddersfield started on the front foot, making crisp one-touch passes in and around the Newcastle box. The Terriers threatened the Newcastle backline when Juninho Bacuna opened up a chance for Alex Pritchard to create things close to the byline. Pritchard’s effort earned him a corner and from that Laurent Depoitre could only hook an effort wide.

Worrying signs for Newcastle United early on but they responded well a couple of minutes later as Christian Atsu won a corner but Ki’s cross to the back post towards Jamaal Lascelles was hacked clear. But some sloppy passing from the Newcastle players allowed Huddersfield to come forward in numbers.

A needless free-kick conceded by Mohamed Diame allowed Philipp Billing to arrow a venomous shot at goal but Martin Dubravka was alert and he tipped the ball over the crossbar. 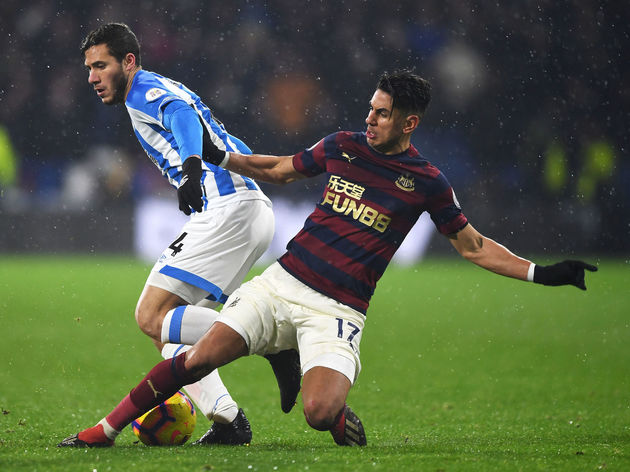 At the other end, Huddersfield keeper Jonas Lossl denied Christian Atsu and Fabian Schar from close range as Newcastle United looked more likely to break the deadlock after the break.  But just three minutes later, Rafa Benitez’s side took the lead.

Ayoze Perez and Javier Manquillo linked up excellently on the right flank with the former latching before rolling the perfect cross to the path of Rondon, who steered it past Lossl from close range. Substitute Matt Ritchie may well have capped the afternoon for the visitors by adding a late second.

Newcastle were happy to sit even deeper and defend as Huddersfield threw men forward in search of an equaliser in the closing stages. But their late barrage bore no fruit as Benitez’s men held onto three priceless in West Yorkshire’s freezing conditions.

Absolutely ecstatic with the victory at Huddersfield, here’s how some Newcastle United fans reacted.

Well done rafa lulled them into a false sense of security with 34% possession in the first half only to have even less in the second half ! Tactical genius ! Rafa in! 🤔

Rondon your a god

Battered them from start to finish. 1-0 didn’t do us justice #top6

Class from the lads today!